Does Music With A Message Still Matter? 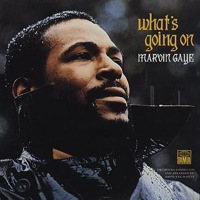 When Raheem DeVaughn was interviewed by NPR last month, he made it clear that he took seriously his role as an artist and someone with the power to impact world issues through his music. He said, "No matter what road I take, I can never get too far away from the conscious lyrics and the socially conscious content...I feel like as artists and producers, bottom line, we make message music, and you have to determine what your message is going to be."

Strong words from Raheem whose new CD--while one of the sexiest albums of the year--contains at least three songs on it that speak to social ills in today's society that make it relevant and far-reaching. Can we call his intentional use of his art as a voice for social change brave? What other artists can we say are doing the same thing? (That wretched "We Are the World" remake does not count.)

As we progress into the 21st century, the question remains: how palatable is music with a message when we consider music buyers who have greater access to diverse choices in music and artist selection? We can easily look at artists like Lauryn Hill, who had such a fantastic and almost meteoric rise as an artist after only one solo album, yet almost disappeared altogether when she took a more socially conscious direction with her music, and believe it is not palatable at all. The irony, however, is that this question exists when some of the biggest music names in history have a long history of creating music that is socially conscious and message-laden, speaking to a greater purpose that extends outside of a base level of entertainment. Consider Marvin Gaye's "What's Going On" and "Mercy, Mercy, Me," or almost every Bob Marley song, to most of the songs recorded by Michael Jackson in his last years. Music with a message is what has made some of the greats great.

With new album drops this year by artists like Raheem, Nneka and Erykah Badu, who are selling well while remaining socially conscious, it will be interesting to see what other artists choose to follow the trend without losing their mainstream appeal.

Are there artists out there already who you are listening to who are bringing music with a message that sounds good as well?


TAGS:  bob marley, erykah badu, lauryn hill, marvin gaye, messages, nneka, raheem devaughn
Previous: Pac Div Is Worth The ‘Mention’ Next: Robin Thicke & Snoop Dogg Want To Give It To You ‘In The Mornin”