Janet Is ‘Figuring Out Her Landscape’ 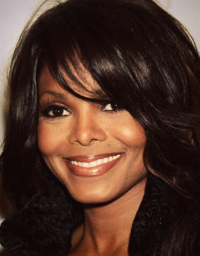 Well, at least according to Jermaine Dupri, she is. Should Janet stop making albums? This off-shoot of the larger, music industry-wide question of the future of full albums of music feels strange. She made it clear that she'll still be making music and performing because, well, it's what she does and loves. But can she sustain a career on singles and videos alone? As one of the progenitors of the current wave (let's call it the viral wave) of music videos, can she hang with the new breed? Or is she beyond the Beyoncés and the Gagas and the Aguileras (and the Biebers...)? What do you think, Bouncers? Where do pop icons like Janet fit into the new "landscape" of music?
Right