Kanye West Does A ‘Good Ass Job’ On ‘Power’ 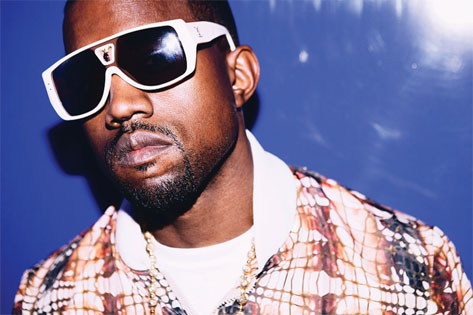 Go hard, or go home. That was clearly Kanye West's mantra when he stepped into the booth to record the song "Power," the first single from his upcoming fifth album, Good Ass Job. Produced by S1 aka Symbolyc One, best known for being one-third of the group Strange Fruit Project, and featuring Dwele on vocals, this is the Kanye record that we've been waiting for. After getting all emo on 808s & Heartbreak and arguably losing his way (mind?) over the past couple years, he kicks in the door lyrically waving the 4-4 on "Power." His bars are filled with both social commentary and personal anecdotes delivered with cockiness and a snarl. Hit play below to nod your head to Mr. West's latest banger, which you'll be able to pick up on iTunes on June 8th, and let us know if you're feeling it or not in the comments.
Center


TAGS:  audio, dwele, kanye west, s1, strange fruit project", symbolyc one
Previous: Dionne Farris Will Be Sitting ‘On Top Of The World’ At CASRAM Next: Badu Bares It All (Almost) For VIBE