Battle Of The Mesmerizing Magazine Covers: Badu Vs. Prince 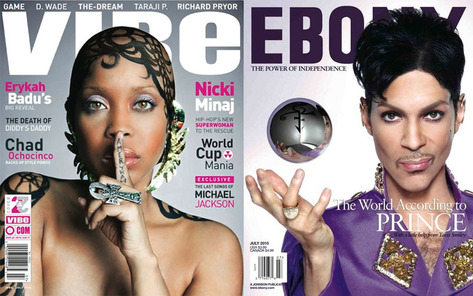 I know that the statistics say that print publications are dying a slow death, but I will surely be coughing up good money this month to purchase physical copies of the newest issues of VIBE and Ebony magazines with Erykah Badu and Prince on their respective covers. Both Badu and his Royal Badness are beautiful beyond measure, but don't make the mistake like I did of staring into their eyes lest you get caught up in their rapture. I literally stared at Prince's Ebony cover with his "do you know the things I will do to you" smirk on his face for so long earlier today that I swear that he winked at me. My hallucination aside, although Erykah is giving great face on VIBE, I give the edge to Prince for having the more mesmerizing cover. But that's just me. Hit the bounce to see larger versions of both covers and to place your vote on the cover that gives you the most fever. SoulBounce is not responsible for any spells that you may fall under. 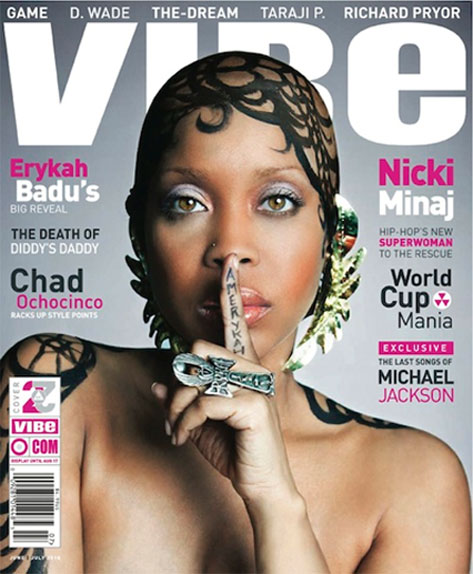 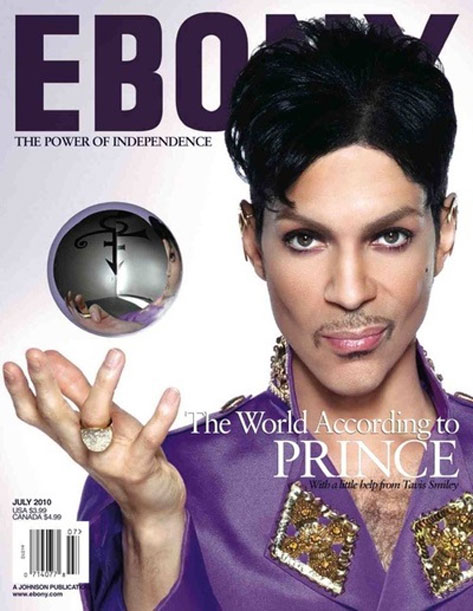