So they ask, "Can a sista rock a mic?" Well, we know the answer--hell yeah she can! Nowhere is that more seen that at the Can A Sista Rock A Mic? Music & Arts Festival aka CASRAM, which is back after taking a year off last year from its highly-successful, week-long festival in 2008 that featured Angela Johnson, Jean Baylor from Zhane, YahZarah, Deborah Bond and many other well-known indie artists. To make up for lost time, this year's CASRAM festival extends to eleven days, bringing back YahZarah and Bond and shining the spotlight on more DMV-based talent, including Carolyn Malachi, Princess of Controversy, Alison Carney and RatheMC.
There are some national artists in the mix as well, including Kimberly Nichole, Shae Fiol and Dionne Farris who we announced last week as a feature. CASRAM presents a mix of free and ticketed events with a little something for everyone. Hit the bounce to see the entire schedule and also visit the CASRAM website to check out the full festival lineup.
Center 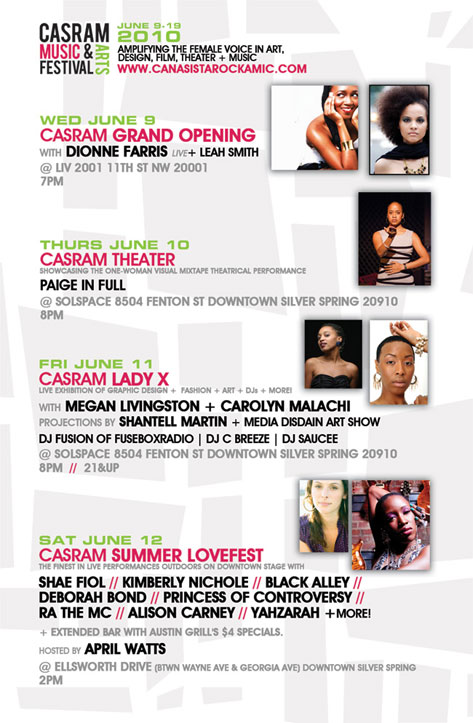 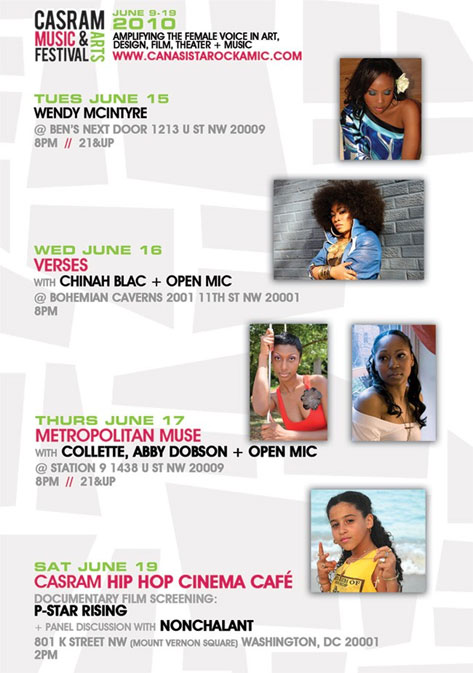