Janelle Monáe Raps On Her ‘Tightrope’ With B.o.B & Lupe Fiasco 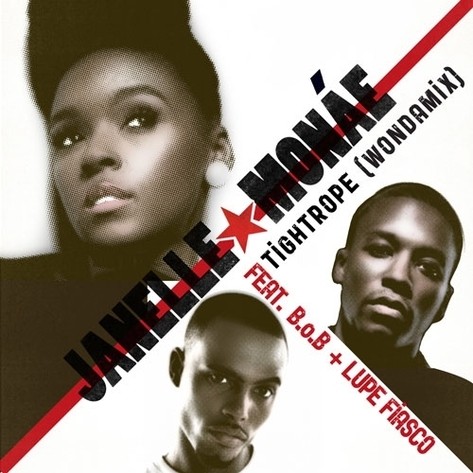 As if Janelle Monáe's "Tightrope" couldn't get any tighter, she dropped an unexpected remix of the song this week. On the "Tightrope (Wondamix)" the original gets a hip-hop heavy makeover with the presence of B.o.B and Lupe Fiasco on the track who replace Big Boi. But once again the star of the story is Janelle who spits a few bars later in the song and has the audacity to sound great. I've never heard her rap before, so that in and of itself was a surprise, but she was pretty nice with hers. Don't get me wrong, I don't want Miss Monáe to ever stop singing, but she definitely has some lyrical talent to fall back on. Lord knows I'd rather hear her rap than Nicki Minaj.
Center