Maxwell Will Deliver ‘Summers’ Next Winter 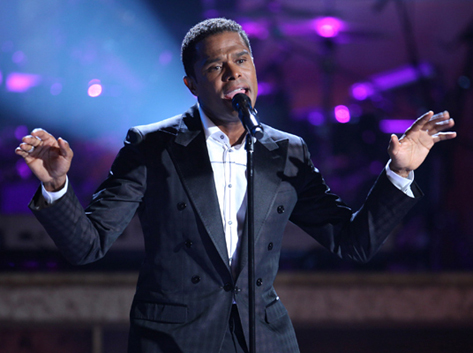 So much for thinking that we'd get a new Maxwell album this year. Despite the best of intentions to release three albums in three years, with blackSUMMERS'night originally scheduled to drop at some point this summer, it just aint gonna happen. With the success of current single "Fistful Of Tears," it only made sense for the second album in the thrillogy to get pushed back to give BLACK more time to make it do what it do. So instead of rocking to some new Maxwell this summer, we'll have to wait until next winter to get any fresh grooves from the sexy soulman. As of right now, SUMMERS' is scheduled to be released in February 2011, but write that on your calendars in pencil. We love you, Maxwell, but we know how you do with release dates. Why do you think we created the tag "where is your album"?

Since we get to spend some more time with BLACK, do you think that Maxwell should release anymore singles from the album? Personally, I always thought that "Stop The World," which made my 2009 best of list, or "Love You" should have been released as singles. It's not too late. If pop tart Rihanna can release a new single every week, then surely we can get a couple more--and their accompanying videos--from Maxwell to tide us over until next year.


TAGS:  maxwell, where is your album
Previous: Dwele’s New Album To Feature Familiar Faces, New Voices Next: Cee-Lo Has ‘Georgia’ On His Mind