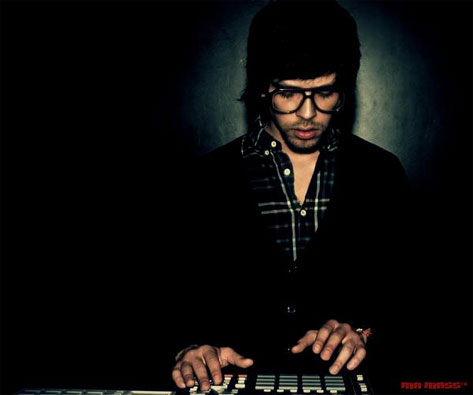 Just recently I was up late one night watching VH1 Soul and an old Five Star video came on the channel, which triggered a hair-raising memory for me of a dye job gone wrong when I had the bright idea to color my dark and lovely locks blonde in college. Keyword being "bright" because by the time I left the hair salon my 'do was fried orange like the color the Pearson sisters rocked back in the mid-'80s. Needless to say that look didn't last very long for me, but what has stood the test of time is my deep undying love for the music of that era. Someone else who clearly loves the '80s as much as I do is Parisian producer Onra whose new album, Long Distance, is a buffet of authentic '80s-inspired R&B and electro grooves. With a keen sense of the sounds that proliferated the time, it's as if he recorded this album in a time machine without sounding stale. To celebrate the stateside release of the 21-track project, Onra is giving folks a freebie of the song "The One" with Slum Village rapper T3 that will hopefully catch their ears and make them want to get the rest of the album. It surely caught mine with the slick Five Star sample of their song "Let Me Be The One." This is definitely my kind of music.
Center