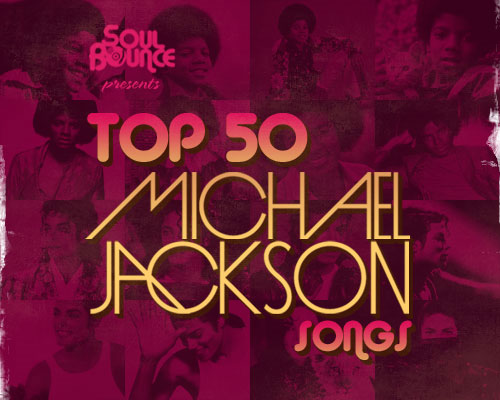 Earlier this week we declared it to be the Summer of Michael Jackson, and no celebration of the King of Pop would be complete without a discussion about his music. That is why SoulBounce decided to count down our Top 50 Michael Jackson Songs and to give each one a deeper look. This was no easy task; Michael's discography is as extensive as it is
impressive. However, we feel that this countdown represents the best
from the best.
Center

Songs on the countdown were determined by your SoulBounce Editors and
ranked based on a combination the songs' popularity, lyrical content,
vocal performance and our personal favorites. We will be counting down
the Top 50 Michael Jackson Songs all summer long with the number one
song unveiled on his birthday on Sunday, August 29th. Make sure to come
back daily to get your fill of MJ and to remember the times with us.