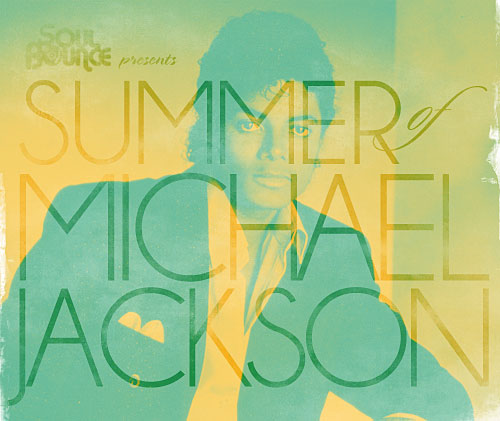 It's hard to believe that later this week, Friday, June 25th to be exact, that we will be remembering the first anniversary of Michael Jackson's death. As we wrap our minds around the fact that it's already been a year since that fateful June afternoon and the shock, disbelief and despair that we felt afterward, SoulBounce has decided that we wanted to honor one of the greatest entertainers to have ever lived. However, Michael is too great of an icon to only be remembered and revered on one or two days. That's why today, on the official first day of summer, we declare this the start to our Summer of Michael Jackson. SoulBounce will be commemorating and celebrating Michael Jackson's musical legacy all summer long with a number of editorials, features, tributes and even a few offline events. The theme for the Summer of Michael Jackson, or SoMJ for short, is "Sunshine. Moonlight. Good Times. Boogie." and there will be lots in store for fans of the King of Pop to enjoy. First up, be sure to return to SoulBounce on Friday, June 25th for the start of our Top 50 Michael Jackson Songs countdown spanning his entire career and featuring songs chosen and ranked by the ladies of SoulBounce in remembrance of Michael Joseph Jackson.