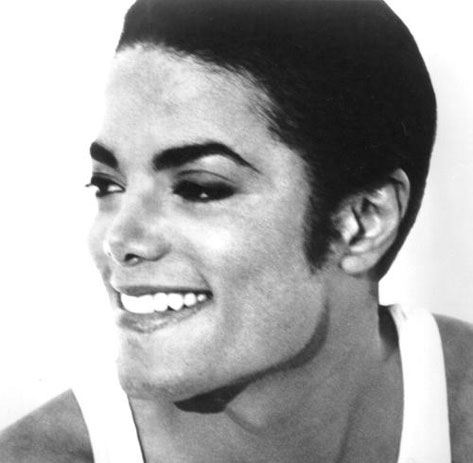 Because there's something about you, baby
That makes me want to give it to you

A whispery spoken word intro by a pleading, sultry woman is culminated by an abrupt slam into the funkiest, most attitudinal New Jack Swing of a beat peppered with staccato hand claps, glass breaking and doors slamming. "In The Closet," written and produced by Michael and New Jack Swing king Teddy Riley and released in May of '92, was the third single released off Dangerous. The title of the song itself is an interesting choice for a man so plagued by rumors of his sexuality and the persecution of other's gender ideals, but this joint is definitely about a man and a woman. It tells the tale of a cat and mouse lovegame; she dares him to make a move and he's disciplined, but game--as long as they keep what's about to go down discreet. Restraint is challenged by and gives way to a heavy dose of good ole lust and temptation.

Now Michael has quite a few songs I'd classify as sexy--"Lady In My Life," "I Can't Help It" and "Butterflies," to name a few. But I'd venture to say that "In The Closet" is the most ostentatiously provocative MJ song ever. It's certainly the sexiest uptempo joint. There are wanton sighs, ecstatic moans, Michael's lusty growl...and then there are those lyrics. "She wants to get it...ah, she wants to get it". Hotdamn.

For awhile urban legend had it that the mystery girl was none other than Madonna. However, although the song was originally intended to be a collaboration between the two mega-stars, it never materialized. Madonna's proposed lyrics were apparently too provocative for Michael (moreso than "Cause if it's achin', you have to rub it"?), so Princess Stéphanie of Monaco, who had a fledgling music career at the time, stepped in as the "Mystery Girl."

The Herb Ritts-directed, sepia-toned video, is in itself legendary. Michael and supermodel Naomi Campbell writhe and grind against each other in a hot, dusty desert. They tease and play off each other. Unlike Michael and Iman in the "Remember the Time" video, there's chemistry between them and it's fun. Naomi's vocals replace Prince Stephanie's, as well, and no doubt the video, in itself an event as many of Michael's videos came to be, helped the song climb to #1 on the R&B charts.

Michael Jackson: "In The Closet"