The Roots Will Bring You Joy On This ‘Day’ 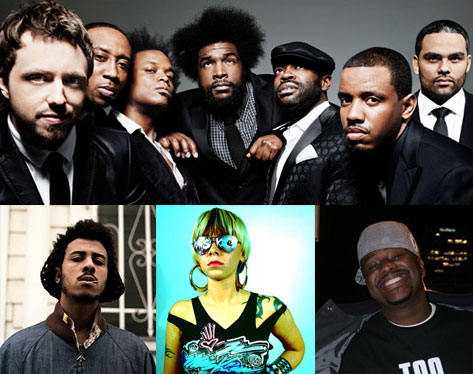 This is the first time in a long time that I can honestly say that I am equally or just as excited as I was when The Roots  released Things Fall Apart. I'm not going to argue with anyone about this since we already hashed that out years ago. The main issue is that I am really feeling every track that I have heard so far from How I Got Over, which dropped on iTunes and Amazon today, and it's already looking as though the critics are loving it, too. Blu and Phonte, both featured prominently on this album, and of course Black Thought showcase their rhyme skills expertly on "The Day." Patty Crash's hook seems misplaced until it suddenly melds perfectly into a nicely done introspective track.
Center


TAGS:  audio, black thought", blu, patty crash, phonte, the roots
Previous: Al Green Still Has It All ‘Together’ Next: ‘It’s A Shame’ If You Don’t Love This Raphael Saadiq Remake