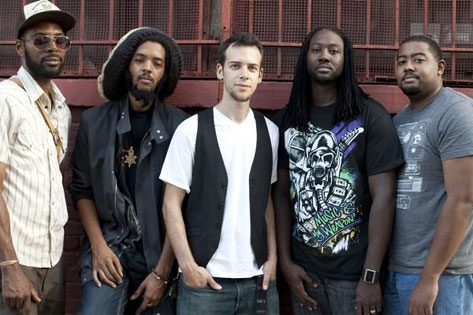 If you have the gumption to remake a Michael Jackson song--least of all one of his most endearing tracks from the classic album Off the Wall--then you better bring it. Well, the group Soul Cycle with Mavis "Swan" Poole on vocals brings it and then some with their remake of the song "I Can't Help It" from their recently released EP, Flipped. They keep the essence of Michael's mid-tempo groove adding a horn arrangement and more percussion to the mix, giving it a tropical feel. My hips haven't stopped moving since I've played this (numerous times already, mind you). There are more treats to be found on Flipped including tracks by SoulBounce fave Saunders Sermons--who brought Soul Cycle to my attention--and Rogiérs who does a wicked cover of Outkast's "Prototype" on the EP, which can be downloaded directly from Bandcamp. Now if you'll excuse me I'm going to hit play on this joint one more time and practice my Salsa.
Center