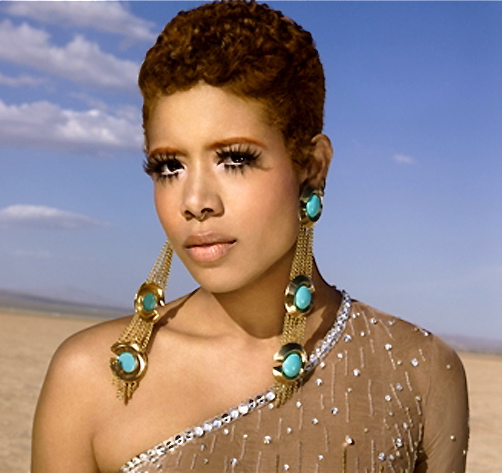 I like Kelis. I adore her quirky, no-holds-barred, you-can-hate-if-you-want-to-hate, husky voiced way of doing things. She's never really been the type to need to defend what she does, namely because she doesn't care what you think any damn way. I love that. Despite all of this, Kelis recently gave an interview to the Associated Press and made a statement that I found at the very least a tad bit interesting.
Center

When asked how Kelis went from singing about her "Milkshake" to making a top-selling dance album, she replied:

I hate to toot my horn, but if you look at where music was as far females and what's Top 40 radio and whatever, where it was before "Milkshake," versus after, I mean you kind of have to be retarded to deny that it literally changed female vocalists.

I'm sorry. You singing about your "Milkshake," a song that even my Dad was found to be humming around the house one day, was a fun, infectious pop tune. I will give you this, Kelis. Your claiming that it I must be retarded to deny myself that this song "literally changed female vocalists" is a bit wacky. That's the equivalent of claiming that Grace Jones, Etta James, Betty Davis, Millie Jackson and countless others never existed. Or that women haven't been singing about shaking their money makers and demanding that you love it but don't touch it unless you want to get burned for eons now.
Before the stans come out, let me say this: I loved her last video. And I will give her the props of acknowledging that she was the one of the first women to rock this now ubiquitous haircut. But give her the credit of "changing female vocalists" who came after her? I can't go for that. It's possible this interview was edited and there's something I'm not able to piece together with the information I've been given. It may also be possible that all that hair dye has gone to her head. No matter. I still have love for you, Kelis. Granted, you did later say during the same interview that "The reality is, I get in trouble for stuff I say all the time because I am honest." In this case, however, a little more honesty from us to you may be the balm your inflated ego needs right now.

"Kelis wants to start a dance revolution with album" [AP]