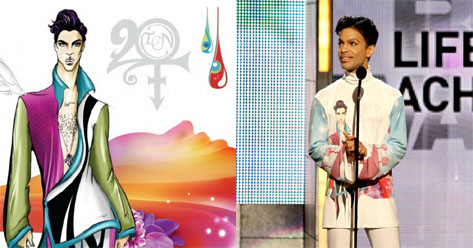 I should have known that Prince was up to something when he wore a tunic with a drawing of himself to the BET Awards. It wasn't a shameful act of narcissism that only he could pull off, but, instead, it was a shameless act of self-promotion that only he could pull off.  As it turns out, that much talked about blouse displayed the new album cover for 20Ten, his upcoming free release in Europe. Well played, Prince. Well played. Peep the cover in all of its colorful splendor and the album's tracklisting after the bounce.
Center 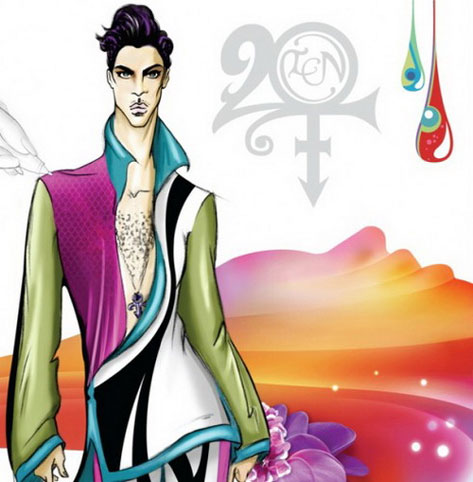 And I bet that the back of the album cover will look something like this. Minus Patti LaBelle, of course: 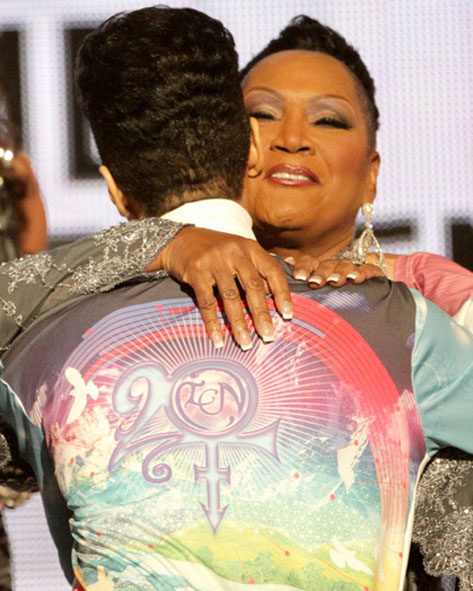