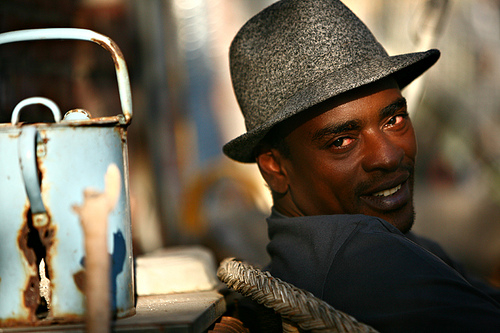 Brazilian musician Seu Jorge who also happens to be my future ex-husband--natch--has been a favorite of mine for quite some time. His take on David Bowie's hits is what most people stateside are familiar with from his role in The Life Aquatic With Steve Zissou, but it's his take on Michael Jackson's "Rock With You" that recently caught my attention. His latest release with the band Almaz, has yielded a version of this song that can be found below. It's not really my favorite, nor something I can withstand for more than 20 seconds. Not to worry, though. I do wish there was an cleaner audio version available of Seu's acoustic version of "Rock With You" that can be found after the bounce. If that were the case, it would fit perfectly in my Latin-inspired MJ playlist (see: Soul Cycle's "I Can't Help It") I'm quickly forming in my music library.