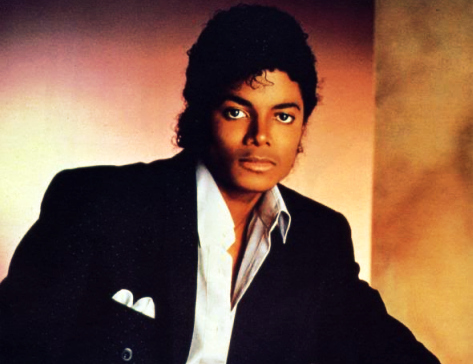 Talkin', screamin', lyin'
You got my baby cryin'

Nothing tangible can be extracted from any of the anecdotal stories about what it was like working on the bestselling album of all time. While Thriller was definitely a perfect storm of talents, peoples, songs, timing and ambition, there is something almost ineffable about the project. Something that cannot be quantified logically but that just feels right. This quality is bursting from Michael Jackson's "Wanna Be Startin' Somethin'."

Putting aside the fact that it was originally written for La Toya, Michael really owns the message and gets loose. Sure it's about naysayers and gossips, of which he had an overabundance, but the wildness with which he delivers lyrics like "still they hate you, you're a vegetable" work really hard to overpower the bitterness of message. He is definitely fed-up and he spends a large portion of the song taunting but ultimately his anger dissolves into pure movement.

This is one of the greater themes of Thriller as an album--that dance and music are the bridge to understanding, to catharsis and away from disaster. Michael ingeniously turns "Wanna Be Startin' Somethin'" against itself. He throws all of the disco energy left over from Off The Wall and a kitchen sink's worth of other funk and R&B references into the antidote for sitting around wallowing in rumor, self-consciousness and suspicion.

He slithers, he pops and he jumps, distorting his voice and pushing up against the frantic guitar licks and synthesized rhythms. By the time he starts into the final, iconic, chant of "mama-say mama-sah ma-ma-coo-sah," his earlier sentiments are gone--a welcome release. In fact, it's difficult to start listening to the song without anticipating the very end when the bottom falls out of it, leaving just hand-clapped rhythm and voices. When the tension melts away and all that remains are dancing and forgetting, allowing the music to move us beyond ourselves is just as exciting now as it was the first time.