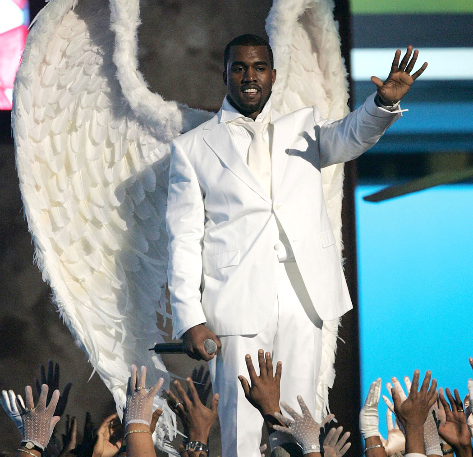 So two things have emerged from Butta's great post about whether or not this rough, hot-off-the-hard-drive song from Kanye, "See Me Now," is worth anything. Which, well, whatever. What's more interesting is that here and around the internet people are really surprised about two things: The underutilization of Beyoncé and Charlie Wilson and Bey's use of the word nigga.
Center

Right. Did anyone really expect Kanye to do anything other than relegate his collaborators, regardless of their talents, to backup on his own track? Of course Kanye is going to make Bey and Charlie sing hooks on the same song. Especially on a song where he repeatedly likens himself to Jesus Christ and spends entirely too long listing all the magazine covers on which he's going to be featured.

Then Beyoncé has the nerve to say nigga a couple of times. Whatever. It just means she has done an exceptional job at convincing people that she is her persona and not a real person. After all, she has spent the last decade cultivating a fine balance of soulfulness, belting, occasional hood posturing and shouting/vocal acrobatics that is so calculated it's mechanical. She is consistently vapid in interviews. She has probably convinced a huge segment of the world's population that she and Jay-Z only cuddle and act coy around one another. At this point, anything that marks her as anywhere near the realm of real is bound to freak people out. Calling attention to her blackness did the trick. Well, in fact.
Are people still surprised by this stuff? Really?