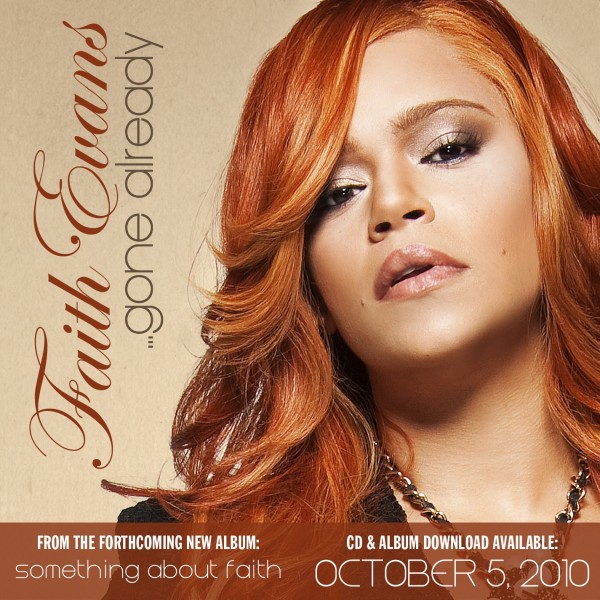 I'm just going to go out on a limb and say it: I don't like Faith's official first single "Gone Already" from Something About Faith due October 5th. This makes me angry since, as self-professed Faith stan numero uno, I know she comes so much harder than this. I'm not saying that she sounds terrible, but I just am not feeling this track as much as I did this one. I guess I wanted to hear Faith come out in a blaze of glory, like she did with "Love Like This" or "I Love You." At best, this song sounds as though it should have made the album cut, but isn't necessarily first single material. I'm also not entirely feeling this photo of her either, but again, I love Faith like a family member so I'm just telling it like it is. I know she's got more in store--fingers crossed--so I'll just wait patiently until that time comes.
Center