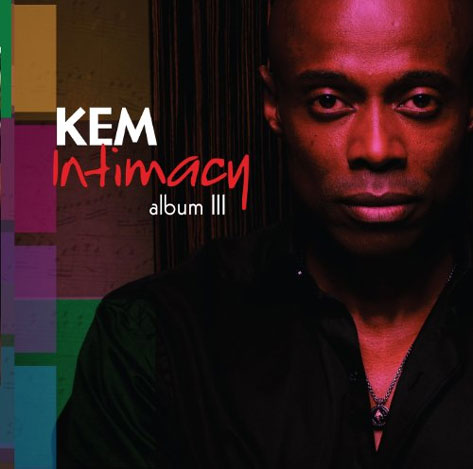 Few artists can capture an entire relationship with a woman so fully and completely as singer Kem does with almost seamless precision on his new album, Intimacy Album III. Forget simply calling it baby-making music. Kem makes music that women imagine is written for them and men play when they are apologizing to and later trying to bed said women. Intimacy is an entire experience, from the "dating-and-getting-to-know-you" phase to the "let's-get-butt-naked-and-do-it-long-hard-all-night-long" moments, there's an app a song for everything. Kem even serenades the mothers out there with his song "A Mother's Love," which will surely usurp Boyz II Men's "A Song for Mama" as the #1 Mother's Day soul ode. Believe me when I say that this record is an experience. This album truly has it all.
Center

What I have never been able to put my finger on is how to describe Kem vocally, mainly because he has a varied vocal style that sounds like different people if you are not familiar with his range. I was only aware of two of his vocal personalities before listening to Album III-- Kem singing in his upper register sometimes alternating between sounding like a less-nasally Akon (on a good day) and a scatting Al Jarreau. Yet, a third vocal personality was introduced more thoroughly on this disc--an almost silky whisper that I enjoyed immensely. In this voice, Kem has this inexplicable ability to sing in this gentle, El DeBarge-like almost falsetto tone that is beguiling and so tempestuous that I fumbled to read liner notes and see if this was the same person who sang the song "When I'm Lovin' You."

In the song "Can You Feel It," Kem drops the low, gentleness mid-song, bringing back his chest register that we are more familiar with and its remarkable to hear how he harmonizes with himself in different keys, playing creatively with the song's arrangement and tone. He's a walking chorus of voices and his sexy speaking voice on this track is sure to complement any late-night, candle-lit, slow jam music fest you may want to indulge in.

Sure to cater to an audience who grew up listening to old school soul and now listens to adult contemporary stations on the radio and online, Intimacy Album III has the potential to lure new fans towards Kem as well as to the genre.


TAGS:  jill scott, kem, sexy
Previous: MdCL & Sy Smith Are The ‘Truth’ Next: Bilal To Take His ‘Revenge’ On The Road