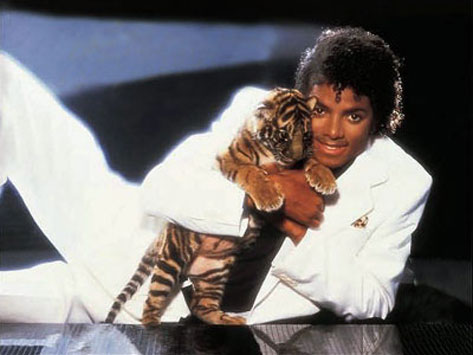 There's something so strong about "Human Nature" upon first listen. It's almost as though an invisible thread runs from the speakers this song may be emanating from to your belly button straight to the depths of your soul. Strong enough to make an eight-year-old me exclaim "That's my jam!" just like most of you did when you first heard it. "Human Nature" is a curious song at the very least because, while its melody is more consistent with a love song, the lyrics are more consistent with Michael Jackson expressing his initial interest in someone. The interest that occurs prior to "hello." It's the interest that occurs within moments of initial eye contact of the person you hope to get to know better.

It's interesting to note that "Lady In My Life," Thriller's other ballad, seems so much more open and raw than "Human Nature" seems to be. "Human Nature" is the edgier, overtly masculine side of Michael, while "She's Out Of My Life" is as the title suggests, the desperate, sensitive side of his personality we're so used to seeing. If anything, this song's ability to touch so many over the years since Thriller was released is more evidence that to love this song is as natural as it is for all of us to simply be human.