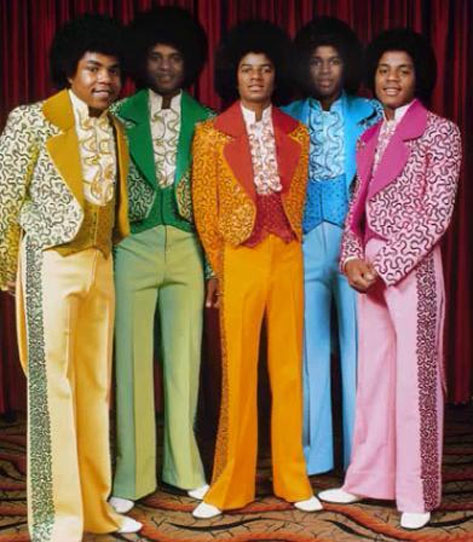 The Robot didn't originate with Michael Jackson. In fact, the Moonwalk didn't originate with Michael either, but as we are all too aware, once Michael touched something, he made it his own. Case-in-point: The Jacksons' cover of Mick Jackson's "Blame It On The Boogie." Ask just about anyone who they think of when they think of doing The Robot and the answer would almost invariably be MJ. Conversely, ask anyone what the think of when they hear "Dancing Machine," the answer most likely will be Michael doing that dance where he looks a robot.

"Dancing Machine" is so awesome for so many reasons. Michael's voice, as always is sheer perfection. The dance moves? Sick. The joy beaming from all of these brothers' faces? Priceless. It's hard to imagine that these siblings all formed very likely the best all-around group of the 20th Century, not including the groups that were comprised of only siblings. This may be a tall order to swallow, but it is most evident after watching this clip of them below.