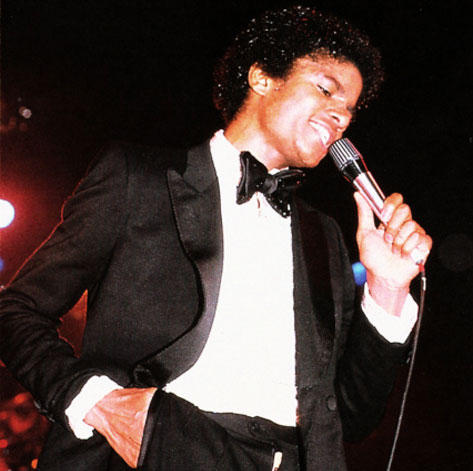 One of the ultimate disco grooves, "Don't Stop 'til You Get Enough" is one of Michael Jackson's most consistently great tracks. Again, Off The Wall is a masterpiece of a testing-ground for the second half of his career. And much of who he became musically through the 1980s is embedded in this track. Subtly, but it's there.

Compared to the songs surrounding it on the album, "Don't Stop 'til You Get Enough" is subdued in its playfulness. From the tentative spoken intro that is so softly uttered that it forces us to listen closely so that by the time he erupts into a yell he's already pulled us in, almost intimately close. And other than the fantastically hybrid funk/pop/disco mellowness with which Michael and Quincy Jones underlay the track, this is one of the best parts.

While the song has moments of intensity where his voice bursts from the confines of his coy falsetto and at the bridge when the synthesizer grows more dissonant and staccato, for the most part it is really smooth. Calm, even. Considering that this is a dance track, one that topped the charts when it was released in 1979, this is a noteworthy feat. It established an intrigue that really separated Michael from his Motown-controlled, frozen adolescence, spinning his bashful boyishness into something sexier. Something up but down-tempo and something absolutely fresh.

As meticulous of a songwriter and performer as Michael was, the way he manages to make it all sound so effortless and familiar is nothing short of ingenious. We've been hearing this song for 30 years and it is in no way timeless. It wears its date like a badge of honor, an emblem of his ascent into one of the greatest entertainers of all time.

Michael Jackson: "Don't Stop 'til You Get Enough"