SoulBounce’s Top 50 Michael Jackson Songs: #14 ‘Blame It On The Boogie’ 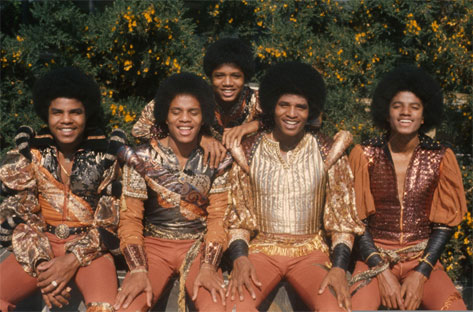 The Jacksons' "Blame It On the Boogie" is a cover. "Huh? What?" You heard right, folks. Our beloved "Blame It On the Boogie" is a cover of Mick Jackson's original, which coincidentally isn't too bad on its own. But let's be real. Mick's version, which did marginally well in his native UK, was turned on its ear when Michael & Bros. took hold of it. Not only did their version rank significantly higher than Mick's, but when it was coupled with "Shake Your Body (Down to the Ground)" in an extended mix, all manner of boogie fever broke loose. Interestingly, both Mick's version and The Jacksons' version were released in the UK within days of each other causing the music press to declare a "Battle of the Boogies." Hilarious.

Aside from this song's biographical information, The Jacksons did manage to take this song and own it, as evidenced by the refrain of "Sunshine. Moonlight. Good times. Boogie." One of the happier moments I created for myself after Michael's death last year was to continually repeat this in my head almost like a mantra to try to avoid the hysterical tears that wanted to spring forth at any moment. This refrain has been so loved since this song's release and is such an iconic piece of history on its own that t-shirts have been fashioned with this phrase on them as well as our latest Mixologists series being built around this simple but perfect sentiment. Without Mick Jackson, we wouldn't be able to blame this boogie on anything and without The Jacksons, we wouldn't still be grooving to it now. Trying to stop your dancing feet when this beat comes on is analogous to trying to not breathe. This song's existence is just as vital as this song is to our collective musical consciousness.

The Jacksons: "Blame It On the Boogie"