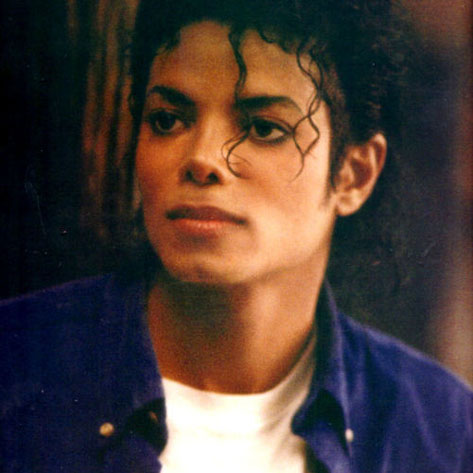 You're just a product of loveliness
I like the groove of your walk, your talk, your dress.

Ah, love. Michael Jackson's love life may have been somewhat tumultuous; he was, afterall, twice-divorced and a single father of three. But in his twenties he was as yet unblemished by love's hardships. His ability to feel and embody that young, giddy joyousness is evident when you listen to "The Way You Make Me Feel". The third single from Bad (and the third to go #1, naturally), "The Way You Make Me Feel" is an upbeat and flirtacious song about young love (or lust--the lines blur in youth, no?). It's about love, but it's not what I'd call a love song. There's nothing sappy or pleading or smarmy about this track--it's just boisterous. Boisterous basslines and finger snaps and braggadocious crooning ("I swear I'm keepin you satisfied, cause you're the one for me"). It's confident.

In fact, "The Way You Make Me Feel" is almost celebratory, isn't it? Celebratory of women (the heels, the walk, the talk, the dress), celebratory of that new new and the giddiness that leads to those butterflies in your belly. Maybe that's why it's so much fun to dance to this song. It's almost impossible not to. Unfathomable to do so without conjuring the iconic music video: a cat and mouse game between an extremely cocky and playful Michael and his passive would-be paramour, model Tatiana Thumbtzen. I always thought the video had its weirdly predatory moments--shouting "HEY!!!" at a girl who is seemingly paying him no mind and then chasing her down the street with his homeboys in tow into a dead-end alley and pelvic thrusting--would that really work? But she does totally entertain his antics, though. I mean, it's Michael. He's adorable and harmless, and she even starts getting a kick out of his relentless chase when she trots away to join her homegirls (including a very young and gorgeous looking La Toya Jackson).

Anyway, I think Tatiana fell in love with Michael when he was humping the ground in the busted fire hydrant-soaked moonlight. I fell in love at the "G'on girl! Go on! Oww!" myself.

(Bonus: you know you wanna dance like MJ and get the girl. This guy will show you how.)

Michael Jackson: "The Way You Make Me Feel"