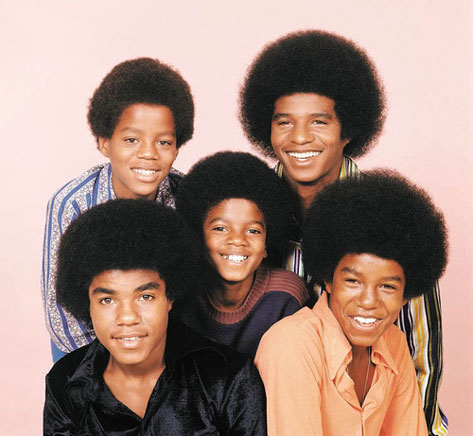 That's how easy love can be

There should be no surprise that the Jackson 5 mega-hit "ABC" is in the top five of our Top 50 Michael Jackson Songs countdown. This song's popularity is unprecedented and best believe that there is someone, somewhere, singing this song or listening to a song that samples this song right now. Released in 1970, debuting on American Bandstand and knocking the Beatles' "Let it Be" from the #1 spot, the Jackson 5's "ABC" is the first single off of their second album ABC. If you are like me and mixed up the words with this song and the Jackson 5 hit "I Want You Back" when you were little, then its most likely because "ABC" was written by Motown founder and hit-maker Berry Gordy with the same mindset he had when writing "I Want You Back." After Michael's passing last year, Gordy shared his writing process with Tavis Smiley:

"That first song they did, "I Want You Back," was something that I
walked around humming in my head because I wanted him to be young, even
though he was dancing like James Brown and he was doing all the great
steps...So I walked around humming, "Oh, baby, dah, dah, dee, dah, dee,"
something that would be bright for him at his age, and me and three
other guys produced and wrote it and every time I see it it just throws
me into another period, another time."

With an infectious, sing-along hook that Naughty by Nature later sampled on their most memorable hit "O.P.P.," "ABC" epitomizes the kind of youth and energy that makes young girls swoon and grown men groove. Only one hit in a collection of dozens by Michael and his brothers, this song is the group's most endearing, hands down.