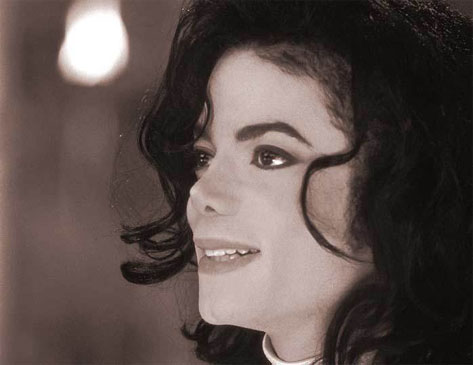 Do you remember the time
When we fell in love

Like most of the greatest Michael Jackson songs, "Remember the Time" is about love. A past love, specifically; the kind that's only as perfect as the time that's passed since it ended is long. Co-produced by Michael and a then 23-year-old Teddy Riley and released in 1992, it's as infectious a song as it is contemplative and reflective. "It just seemed like heaven, so why did it end?" We (should) all have one great love like that.

"Remember the Time" was the second single from the Dangerous album; the perfect follow-up to the decidedly more rock/pop sound of the first single, "Black or White." It sounds early '90's, too, and I love it for that. It's the very definition of New Jack Swing (ditto the follow-up, "In the Closet"). You can almost feel Riley's fingers thump that bass. It's also devoid of any big vocal crescendos or falsetto or even the trademark "Hee hee's!" or "Whoo's!" Instead, Michael just outright sings the song--simple and straight--in that flirtatious, flawless tenor.

The John Singleton-directed video, on the other hand, is anything but simple. Set in ancient Egypt, it's lavish and grandiose in every way, from the ornate costuming and surely expensive special effects to the celebrity cameos: Eddie Murphy as the cocky pharaoh, supermodel Iman as the bored queen and Magic Johnson as the guard. It debuted in February of '92 on three channels simultaneously and is one of Michael's longest "short films" at over nine minutes. This is many people's favorite Michael video, and it's plain to see why: it's awesome. Besides the celebrity guests and the extravagant depiction of Khemet, there's the Fatima-choreographed extended dance interlude, the awkward but nonetheless OMG!-inducing kiss with Iman and the fact that it ends with Michael spinning into a cloud of gold dust and blowing away in the wind. Awesome.

The video was also a lighthearted and much needed follow-up to the mini-controversy of the crotch-caressing and car window-smashing "panther dance," in "Black or White's" original four-minute postlogue that'd plagued Michael just a couple months previous.