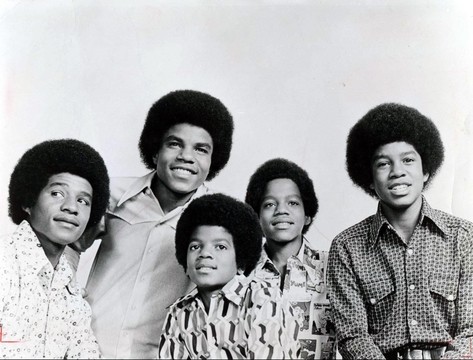 Tell me why
Is it so
Don't wanna let you go

Written in 1971, before I was even born, "Never Can Say Goodbye" is my personal number one song by Michael Jackson and The Jackson 5. The song spoke to me at an early age--less for the subject matter, of course, but more because of the nuances that Michael showcased in this song. His voice presented a musical story that was raw, emotional, honest and gripping--and you believed him. You believed him intensely and wholly, even if logically it made no good-and-well sense that a little 12-year-old child had even a clue about the pain of heartbreak and relationship discord. Listening to Michael sing this song was like watching a film unfold on screen, caught up in the drama of it all even if the story is not one you could personally relate to. That is what makes a singer a storyteller and makes them a compelling artist--when they have the ability to draw you in and capture your attention so fully.

Michael engaged us in this song, seemingly effortlessly. He gently opened with a restrained vocal and increased his fervor as the music swells. Mid-song, he brought it back down before leaping into a heartfelt outro that is a soulful refrain of the heartbroken and regretful. You get so caught up that you hope that the ending to this story is a happy one, that the love interest in the song wants to reconcile as well. You want it to work out.

Actor Clifton Davis, who penned this tune, created a vivid story with this song and young Michael executed it with finesse. This song went on to be covered by countless artists. If you visit the ASCAP registry, you will see dozens of artists who recorded this song at one point in their career, including Issac Hayes, Vanessa Williams and Gloria Gaynor. Though Gloria Gaynor's late '70's remake became one of the most successful disco tracks ever, her version lost in translation the essence of powerful storytelling that Michael lent to the track with the version he and his brothers recorded. No diss to Gloria, but the Jackson 5 version will always be my favorite.