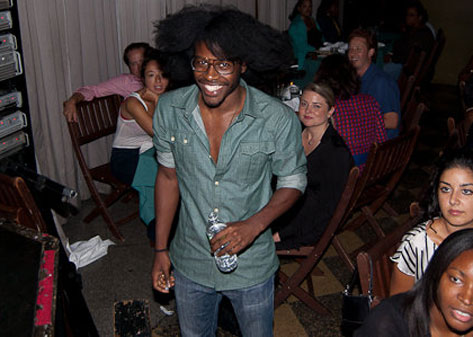 I know what you're thinking: another remake of Andre 3000's "Prototype"? Yes, another one. However, this version, courtesy of SoulBounce fave Jesse Boykins III, may be the one that leads anyone else to think twice before they attempt to sing this modern classic. With an assist from MeLo-X and Trae Harris, Jesse makes this his own and considers it his tribute to both Outkast's wild child and the Isley Brothers (listen for a subtle hint of "Summer Breeze" throughout). This is his goodbye kiss to summer and a tasty appetizer while we patiently wait for his next album, Love Apparatus, due in the spring. This song was already sexy, but Jesse's take on it makes me wanna. And with that voice, that smile, that physique, that dark chocolate coating and all that luxurious hair, Jesse may very well be the new prototype. Rawr.
Center