Are We Ready For Janet Jackson To Act ‘Colored’? 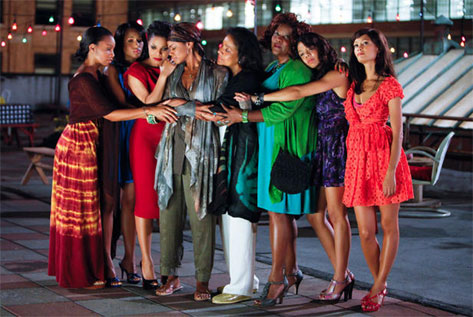 Since I'm a playwright and stage actress, I think it's expected of me to be highly offended by the gall of Tyler Perry to lay his hands on the almost sacred script that we know as Ntozake Shange's choreo-poem For Colored Girls Who Considered Suicide When the Rainbow is Enuf. Some critics say that Perry has spent so much time in drag that he now is starting to believe he has the feminine sensibility to direct such a intensely dramatic piece that speaks from and to the female experience. Others say that his movies just suck and they don't want him jacking up yet another story. However, I am hopeful that Perry will do his best to prove us wrong in our condemnation. Also, he didn't write the screenplay this time, he's just directing. So, there's hope.
Center

The play, which has been a cult staple of Black theatre since the 1970s, has been adapted for the big screen and will make its debut for hungry audiences on November 5th and feature the talents of actresses Phylicia Rashad, Whoopi Goldberg, Thandie Newton, Kerry Washington, Anika Noni Rose, Kimberly Elise and Loretta Devine. Mariah Carey, who was supposed to be in the film, dropped out of the cast last spring when she became pregnant. What a shame since audiences seemed to love Mimi's acting performance in last year's Oscar-nominated movie Precious.

But if a singing actress is what we're looking for, look no further than Janet Jackson who also stars in this movie as the Lady in Red, renamed as the character "Jo." As seen in the movie poster below, Janet is sporting that short 'do that we love and green colored contacts that have some of us scratching our heads while asking "WTF"? At the end of the day, my hope is that if all else fails, the music will be tight. Here's hoping that this new flick will be accompanied by a soundtrack worth writing about. Tell me, SoulBouncers, what are you looking forward to seeing or hearing when it comes to For Colored Girls? 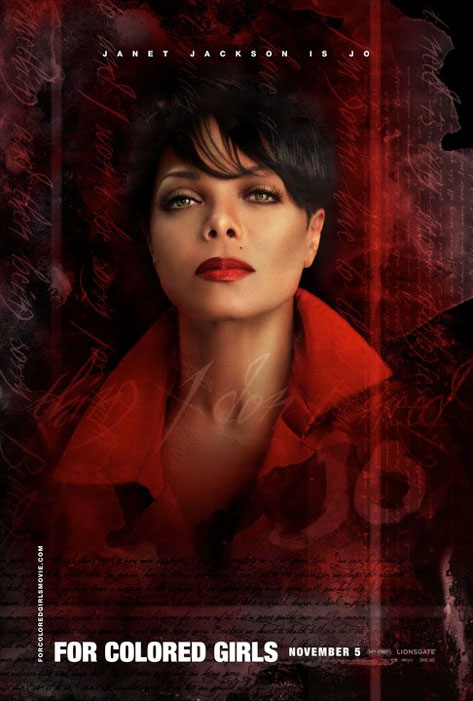