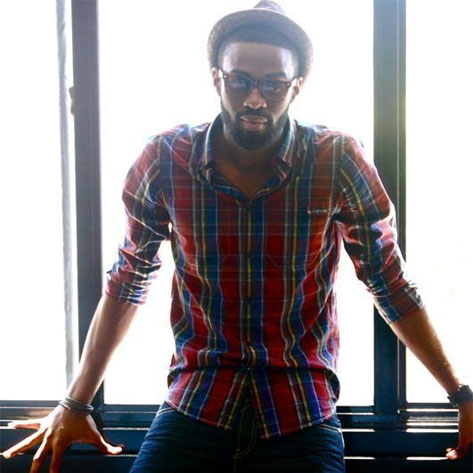 Making the transition from singing background vocals for other artists to taking center stage isn't for everyone, but singer/songwriter Aaron Camper is ready for his time in the spotlight. His voice and his pen have taken the Maryland native and preacher's kid on an incredible journey these past few years. He's worked with a who's who of artists who can be found on my iPod including Stevie Wonder, Eric Roberson, Tye Tribbett, Marvin Sapp, J. Cole and with Jill Scott as a member of her trio of all-male background vocalists known as The Pipes who many may recall seeing her tour with this year.

Getting steady work as a musician is all fine and dandy, but now Camper is working on his debut album with a mixtape to precede that will showcase his vocal talent. He's already won me over with two tracks that I've heard that you can listen to below. Aaron's remake of Boyz II Men's "Water Runs Dry" is fresh, and he holds his own up against the original. He also snagged Brandy for the sweet duet "Second Thought," and their voices blend together rather nicely. Not to rush perfection, but Aaron Camper's mixtape needs to hurry up and drop so that I can add more of him to my iPod.