Can Digable Planets Stage A Comeback & Hold On To Old Fans With A New Member? 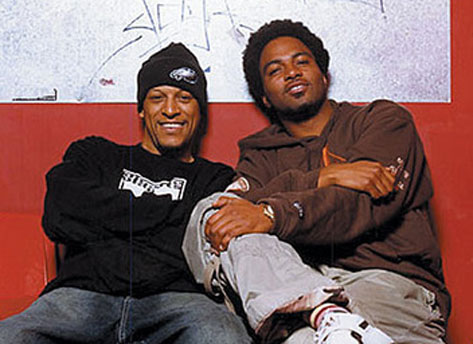 I loved the the hip-hop group Digable Planets. I listened to them in admiration as a college student and was disappointed with their eventual disappearance from the scene. Sowhen I got word that Digable Planets is slated to make a comeback with a new album and tour in the works, I was psyched. When I further learned that the comeback would be minus their sole original female member, Mary Ann "Ladybug Mecca" Vieira, I was less than enthused. Not to be a pessimist, but if Ladybug is not in the picture, I'm not so sure how much of this comeback is of interest to me. Don't misinterpret my misgivings. I'm not throwing shade towards Lady Madarocka who is the new member of the crew. I'm just saying that original lead members of any group are bound to be missed when they aren't around anymore.

History has shown us the downside of replacing a key member in a group. Can anyone recall an En Vogue song that was dropped after Dawn Robinson left? What about when N'Dea Davenport left the Brand New Heavies and was replaced by Siedah Garrett briefly? I can't either. Switching up members throws the brand off, particularly if the replaced member held a lead role in the group.

Aside from new members, I'm also concerned about the whole concept of the band being different and question why the group known as Digable Planets couldn't just be laid to rest and a new entity be born. Digable Planets was a new thing when they came out in the early '90s. They were eclectic, soaked in a pioneering fusion of sound, thought-provoking, genre-bending and fresh. How can those qualities be recaptured and conveyed again almost 20 years later by a fractured group with one new member? Perhaps all of those questions will be answered in the documentary that they have coming out named The Rise and Fall and Eventual Return of the Insects from Sector Six. In the clips below from the documentary, you will see them share their vision, thoughts about hip hop and perform a bit live.
So what do you think, SoulBouncers? Are you still digging Digable Planets even with their personnel changes? [H/T: BLS]