Fantasia Is ‘Back’ And Bringing The Drama 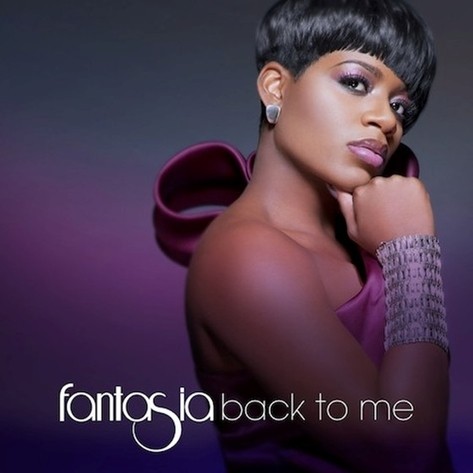 The comparisons between Fantasia Barrino and Jennifer Hudson have been long-standing since both women were featured contestants in 2004 on Season 3 of American Idol. When Fantasia won, some naysayers said Jennifer was robbed and should have won. While I don't think a win on American Idol is any indication of talent, I do believe that Fantasia is a better vocalist, largely due to her vocal control and the dimension she conveys even when she sings the most mundane songs. Fantasia's new album Back To Me is testament to her range as a vocalist. She is gifted with the ability to use her voice as a magical instrument despite lackluster lyrics and formulaic pop beats.

While the CD has some production highlights that showcase Fantasia's incredible voice, many of the songs only stay afloat thanks to the steely will of Fantasia's vibrato. Like the family members that drag Fantasia down--as seen on her reality show, Fantasia For Real--so does the production on some of these songs. Yet, the album has its bright spots.

You immediately pick up on the theme of independence and triumph on this song collection. The song "I'm Doing Me" echoes this theme with the lyrics that declare, "Putting myself first place...I won't let your drama hold me down." Upbeat, defiant and spirited, this triumphant, independent woman anthem showcases Fantasia vocal fierceness that is also deeply soulful and delicately feminine.

The Billboard charter "Bittersweet," the first official release from the album, shows that Fantasia is a singer. She's not a hollerer who depends on volume to convey our stereotypes on what soulfulness is. Instead, she has vocal integrity, a natural ability to showcase texture and hit some incredible highs before dipping it low. Her voice is so rich with emotion and dimension that you are eagerly waiting to hear more even though though the lyrics aren't the most compelling. You feel the contradiction and tragedy in "Bittersweet." Her ending high note with the words "love can hurt" is simply lovely.

It is no surprise that her handlers chose to pull the song "Even Angels" as the album's lead single. Even though it was originally slated to be the first release. "Even Angels" is predictable dud that does nothing for Fantasia's vocals yet is the caliber of song that would be marked as "radio ready." Also less than impressive was the song "Man of the House" produced by RyKerz, which, admittedly, I skipped before finishing, along with "Who's Been Lovin You," produced by LOS Da Mystro.

The song "Collard Greens and Cornbread," however, grabbed my ear at first listen. But, of course it would. Produced by Pop and Oak, "Collard Greens and Cornbread" samples the Marvin Gaye and Tammi Terrell classic "Your Precious Love" and is one of the songs on this disc that strays away from the played-out, hyper-active pop formula that dominates mainstream radio songs. Old school Motown with a smidgen of contemporary, this song is a commendable use of a sample.

We shared "The Thrill is Gone" featuring CeeLo Green with you already here on SoulBounce, and I reiterate that this is a duet that works. While CeeLo is restrained a bit--it is a Fantasia song after all--his presence is compatible with the song. Fantasia's wail is beautifully accented by this arrangement.

The Brenda Russell-penned "I'm Here" from the Oprah Winfrey-produced stage play The Color Purple showcases Fantasia's vocal control and gives those of us who have yet to see her play Celie on stage a sneak preview. It's a nice taste, as expected. You'd have to be totally sheltered if you haven't heard the rave reviews of Fantasia in this role. Let's not forget that Fantasia's triumph on American Idol was due in part to her performance of the show tune "Summertime." Her vocal ability on this track is showcased through her powerful ability to emote through song. "I'm Here" is a powerful song, which I'm sure translates even better on stage.

Back To Me is a collection that fans should definitely check out. For it maintains, ultimately, that Fantasia, at times, has the power to overshadow songs that are consistently beneath the majesty that is her voice.

Fantasia Back To Me [Amazon][iTunes]