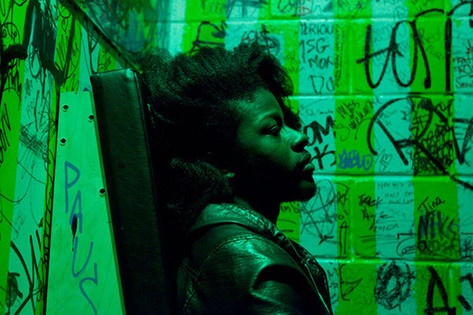 If you know me, then you know I've made no secret about my love for all things Jesse Boykins
III
-related, including his music and especially his hair. Which it makes it that much harder to say
what I'm about to say--I'm not in love with his take on Kanye West's "Runaway." Not saying
it's not good and definitely not saying it's not worth a spin or two, but even after a couple of
listens, it didn't give me the warm fuzzies that I normally get when JBIII's voice pours through
my speakers. I'll admit that it likely has less to do with Jesse's performance and more to do with
me not caring much for the track itself. However, if you are feeling the song, then chances are
you'll love Jesse's version just as much. [Photo: J.Shotti]
Center