I love artists who keep me on my toes and make me continuously expect the unexpected from them. Case in point, Jamiroquai, who returned to make me shake my bon bon with the jam "White Knuckle Ride" a few weeks ago featuring their familiar funk wrapped around an entirely new groove. Unlike anything I had heard from Jay Kay and company before, it quickly became a favorite alongside cuts like "Alright" and "Little L." The song was a welcome surprise and this weekend the surprises kept coming with the release of not only the video for "White Knuckle Ride" but the premiere of the video for the song, "Blue Skies," as well. It made perfect sense for both videos to drop at the same time since the second begins where the first ends. However, you won't find any discos, dance floors or dames in this pair of videos as you may have in previous Jamiroquai visuals. Instead, we find Jay Kay chasing a car while flying a helicopter in the video for "White Knuckle Ride," then later riding a motorcycle with the helicopter now following him in the clip for "Blue Skies." Although the video for "White Knuckle Ride" was not what I expected, the car chase works to match the energy of the song and I'm frankly just impressed with Jay doing his own stunts. Take both videos for a ride before Rock Dust Light Star is released on November 1st.


TAGS:  jamiroquai, jay kay
Previous: Can Digable Planets Stage A Comeback & Hold On To Old Fans With A New Member? Next: Corinne Bailey Rae Makes Us Feel The ‘Love’ 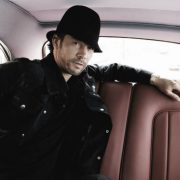 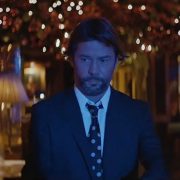 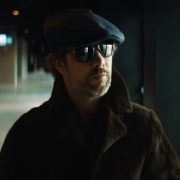 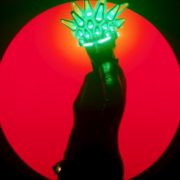