Mariah Carey To Bring A ‘Merry Christmas II’ Us All 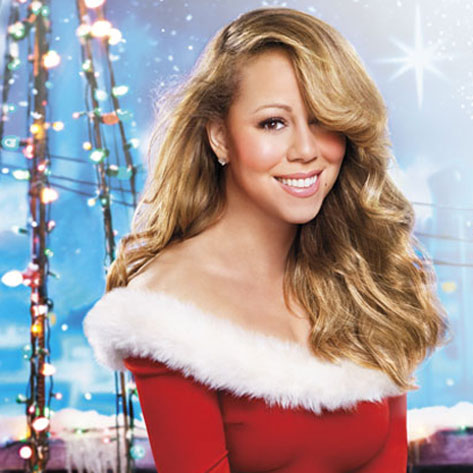 With a bun reportedly in her oven, Mariah Carey seems to be slowing down only a little bit as she gets ready to debut her second Christmas album that is set for a November release. Merry Christmas II You, a sequel to her 1994 hit holiday collection, Merry Christmas, will feature originals from Mimi as well as some covers of classics like "Little Drummer Boy," "O Come All Ye Faithful," "The First Noel" and "O Little Town Of Bethlehem." This album, produced by Jermaine Dupri and American Idol's Randy Jackson, is already available for pre-order on sites like Amazon.com and on her website. The Home Shopping Network (HSN) has partnered with Mariah as well to help with her November launch, selling the CD bundled with a 30-minute DVD featuring interviews with Mariah and photos of her and her family.
Center

Will I get Merry Christmas II You? Probably. I loved the first Christmas album she did, and I am a fan of Mimi's voice even though, as of late, she doesn't use it to full capacity. Do I care about the DVD? Most likely not--unless, of course we get Bobby Brown and Whitney Houston-esque scenes with Mariah and hubby Nick Cannon. At any rate, you can get a sneak peek and judge for yourself by tuning into HSN on October 20th at 2 pm or 10 pm for what I'm guessing will be an hour-long informercial for the new release. As much as I love pre-"Honey" Mariah Carey, I just might tune in and see if she's returned.