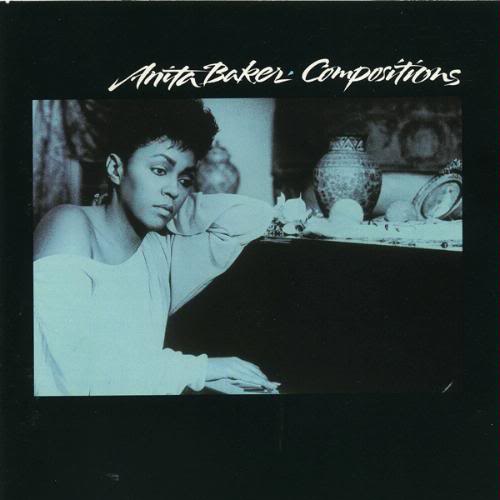 Welcome to the first installment of SoulBounce's Class of 1990. This series is meant to highlight those albums that served as the soundtracks to our lives some 20 years ago. I know it seems like not so long ago that we were bumping Bell Biv Devoe's "Poison," or singing along with Johnny Gill's "Rub You The Right Way" or getting your "Living In The Light" on with Caron Wheeler--peace to Afrika Baby Bam. To drive the point home, I was 14-years-old and in the tenth grade when I had a battle with my cousin over a CD of Guy's The Future, which ended with me having to acquiesce, huff down to Tower Records and purchase my own cassette. That being said, let's begin our first trip down Memory Lane to the luscious sounds of Anita Baker and her Compositions.

I was but 10 years old when I became intimately acquainted with Anita Baker. Her "Sweet Love" was tearing up the charts and was everywhere just like her wildly emphatic hands were that grasped at air in the video. The same video that showed constantly on VH1 when it catered to smoother tracks that you could watch with your parents, as opposed to MTV's anarchic ways. Little did I know that after playing Rapture until my tape literally popped and then was swiftly repaired with a pencil and scotch tape, that I had been grooving to Anita as a younger child in the forms of "Angel" and "You're The Best Thing Yet" from her then slept on, The Songstress. For a child such as myself whose music tastes ranged from The Police, Red Hot Chili Peppers, U2, Violent Femmes but also Brand Nubian, Luther Vandross, Miki Howard, Howard Hewett and just about anything my eclectic ears could clutch onto, Anita Baker provided a haven that set my mind at ease. It was music that I could listen to without context, without fear that adults would hear, without fear that the sound was too raucous for me to study, and without fear that I might become so distracted that I might miss my subway stop on the way home.

Fast-forwarding to the present, Anita has certainly been through some trials and tribulations that would certainly warrant fodder for love songs, including a divorce to the man she once appeared so happy with in Ebony, but she continues to rise to the top. Despite a performance of the National Anthem during last year's Game 4 of the NBA Finals in Boston that was met with less than enthusiastic reviews, this has done little to dissuade fans of this modern-day legend.

Both Anita and Compositions merit more praise than she or her short return to the spotlight last summer may currently receive, but we'll never forget this stellar contribution to our lives. Though this album spawned the singles "Talk to Me," "Fairy Tales" and "No One to Blame," it was and still is "Whatever It Takes," co-written with the late Gerald Levert, that continues to enrapture us to this day.