‘Do Whatcha Wanna’ With This Rebirth Brass Band Remix 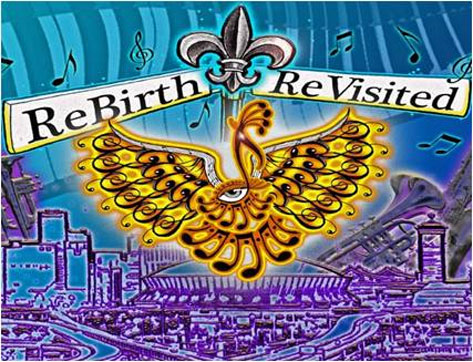 If you were to ask anybody from New Orleans about their favorite local band, there's a strong chance
that they'd name Rebirth Brass Brand as one of their top picks. If you were to then ask them their
favorite Rebirth song, chances are they'd name the band's 1995 local hit, "Do Whatcha Wanna." Easily
their most popular song, its energetic horns and infectious hook have made it a Mardi Gras favorite,
in addition to garnering an ever-growing fan base beyond the Crescent City's limits. So as a fan of the
classic original, I was a bit leery at the thought of a reworked version of this surefire party starter. In
the first few seconds, I got even more nervous when I was greeted with what sounded like elevator
music compared to the original's more uptempo intro. However, my nerves were quickly soothed
when I heard the familiar horns kick in. Taken from the group's upcoming Rebirth Revisited project, "Do
Whatcha Wanna (Jazzhouse SPD Remix)" does a good job of updating this tune that New Orleanians like
myself hold near and dear to our hearts. Although it'll never hold a candle to the awesomeness of the
original, I'm not mad at this take on it either.
Center