Eric Roberson & Choklate Do It ‘Again’ 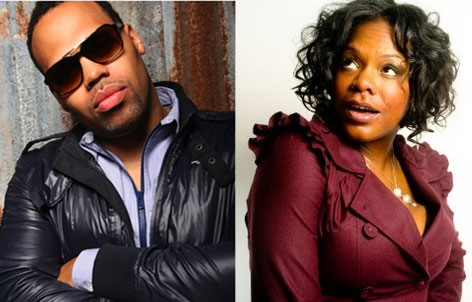 Last week during Eric Roberson's Ustream chat with fans, he gave those of us in attendance a treat when he played snippets of five songs that are in the works for his upcoming new album scheduled for release some time in 2011. Hearing these song samples was akin to hitting the lottery on your birthday, and that's not just my Errobsession talking. One of the tracks that he teased us with was the song "Again" featuring Seattle soul sensation Choklate. All I needed were a few seconds, which were all we were afforded, to fall in like with the song but now that I've had a chance to hear the full version, I'm head over heels in love. Produced by Jermaine Mobley of Hardsoul Sound, who's teamed with Erro before on crowd favorite "Obstacles" and Musiq Soulchild's "Previous Cats," this duet with Chok and E is one of those "why hasn't this happened before now?" kinda grooves. If you like this as much as I love it, then make haste to follow Erro's fan club on Twitter @ErroFam to get the 411 on how you can add this free download to your collection.
Center