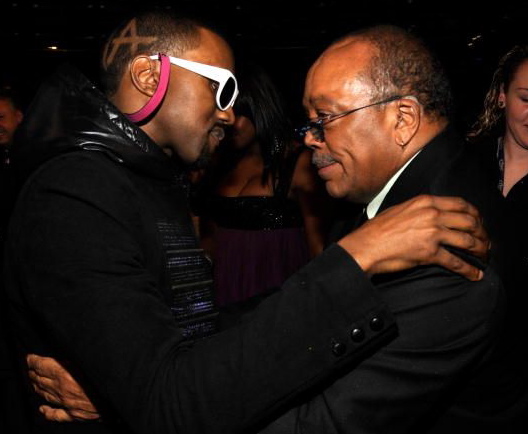 I'm just going to go ahead and insert my own eye roll right about here for even having this being brought to all of our attentions. Apparently after dissing Kanye West in an interview last week with Us Weekly, Quincy Jones is doing a backstep of sorts. After being quoted saying that Kanye was"just a rapper" and could never be compared to him, Quincy has now taken to his website stating that not only is Kanye his "little brother" and that "it's not unreasonable to put a comparison of Kanye at this time in his career and myself into the proper perspective." So does this mean that we can keep our initial perspective regarding his latest hedonistic hodgepodge of hilarity Q: Soul Bossa Nostra? I'm going to say yes and file this under something else we can all collectively ignore.


TAGS:  kanye west, quincy jones
Previous: No, Keri Hilson. No. Next: Who Wants To ‘Come To’ Jesse Boykins III’s ‘Room’?