SoulBounce’s Class Of 1990: Keith Sweat ‘I’ll Give All My Love To You’ 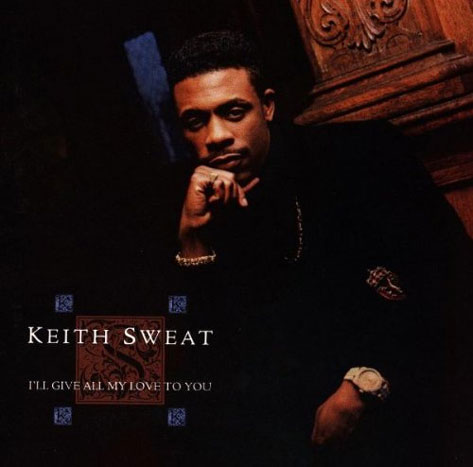 If you were to ask me anything about Keith Sweat today, I'd likely swear to the high heavens that I had never been a fan of anything beyond Make It Last Forever. My mom, on the other hand, has loved everything he's put his hands on. That said, when I realized I'd be writing about the singer's sophomore album, I'll Give All My Love to You, I got nervous. What would I say about an album that my memory insisted that I probably had never liked? So I decided to pop it in -- literally, since I borrowed my mom's cassette copy -- to give myself a refresher course. By the second song, "Make You Sweat," I quickly realized how selectively funny a thing like memory can be. You see, as much as I would've sworn I knew nothing past his first album, I found my mind flooded with warm, fuzzy childhood memories of singing along with my mom at the top of our lungs in her car. It seems that I didn't dislike Mr. Sweat as much as I thought.

How could I have forgotten the aggressively, funky groove of "Make You Sweat"? How could I have forgotten that before Keith Sweat's name became synonymous with begging that the man made a mean dance tune? Though in hindsight, we were way too young to be singing such risky lyrics, sing along we did during our lunchtime breaks. This song had all the components of a hit song, especially as we entered the '90s. Catchy lyrics propelled by the New Jack Swing sound of the oft-mentioned Teddy Riley during our Class of 1990 series quickly pushed this song to the top of the charts, quickly reaching No. 1 on the Billboard R&B chart, No. 5 on the Dance chart and No. 14 on the Hot 100 chart in the summer of 1990.

Then, of course, there were the ballads. Keith could sing the hell out of a love song, whether it be about love found or love lost. "Just One of Them Things," his duet with his future LSG cohort, the late great Gerald Levert, would propel Sweat's reputation as a balladeer even further. Other songs such as the album's title track and "Merry Go Round" remained in urban radio stations' "Quiet Storm" segments, while the accompanying videos earned Sweat a comfortable home on BET's Midnight Love. While these songs didn't necessarily garner him the crossover success he found with "Make You Sweat," they succeeded in giving his lengthy career nostalgic legs to stand on. Nearly 30 years in, he's gone on to release a total of 10 studio albums, in addition to a live album, give us groups such as Kut Klose and Silk, develop his own syndicated radio show and even develop his own television show. Even still, I'll Give All My Love to You can still conjure up a reaction just as strong as it did in 1990 -- even if you don't want to admit it. Below is one of the bests from this album, the upbeat and aptly titled "Make You Sweat" featuring a much younger and just as lovely Cynthia Bailey from the current season of The Real Housewives of Atlanta. Be sure to move that furniture aside and get your stretch on before you join in on this twenty-year-old groove. 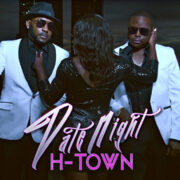 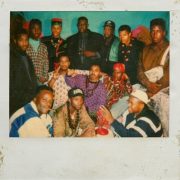