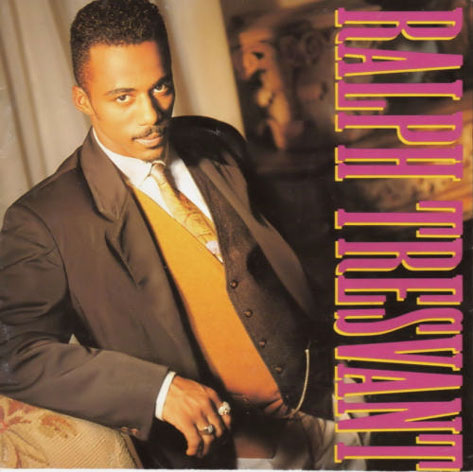 During the New Edition diaspora of the late 1980s, which saw the successful solo ventures of Johnny Gill and Bobby Brown, Ralph Tresvant also decided to make a solo run. He was perfect as the lead singer of New Edition, helming such classics as "Candy Girl" and "Cool It Now." After much consideration, he stepped into the solo area with his self-titled solo debut in late 1990 and continued the winning streak.

Any apprehension he had about standing on his own is nowhere to be heard on Ralph Tresvant. Teaming up with some of the best producers of the day like Jimmy Jam and Terry Lewis and Wolf & Epic, the album really foregrounds Tresvant's strengths as a balladeer. This is perhaps most present on the chart-topping "Sensitivity," arguably the single best song of his solo career.

Every element of the song really works, particularly how well it plays to the tone of his voice and his clout as the key figure for teenage fantasies as a part of N.E. His fanbase was growing up, too, and the chart performance of "Sensitivity" really reflected a newfound interest in post-bubblegum R&B. It reached No. 1 on the R&B charts and No. 4 on the Hot 100. Other singles from the album, "Do What I Gotta Do" and "Stone Cold Gentleman," both performed really well on the R&B charts, and the album ultimately went platinum.

Ralph Tresvant remains the singer's best solo effort. His vocal style was somewhere between the smoother R&B of the '80s and the increasingly brash New Jack and hip hop influenced R&B of the '90s. While this was part of why his music stagnated in later years, it is also what makes this album such a sleeper hit all these years later.