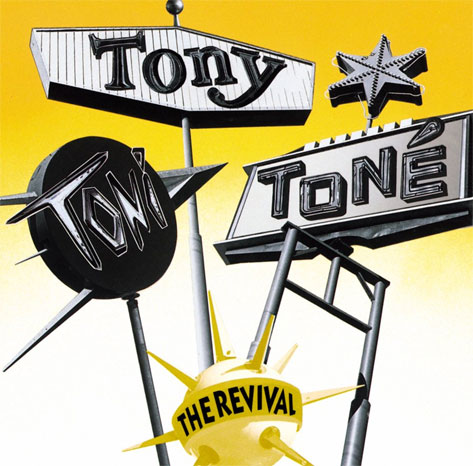 With each passing year of a child's life, astounding changes and advancements are made in their lives. Consider that in the span of four short years, the typical high school aged child will go from childhood to adolescence to almost being a (legal) adult. I bring all of this up to prove a point. In 1990, as a 14-year-old and a sophomore in high school, I was still naive to most romantic notions. That is, until Tony! Toni! Toné!'s The Revival dropped.

Once this album was released, the notions of kissing boys, dancing with them, and even being doted on by them became a reality because of one song: "It Never Rains In Southern California." Never mind that I lived in New York City and had only been to Los Angeles once--where I got to actually go to a taping of The Arsenio Hall Show--and it was pleasant weather-wise. That Lisa Bonet-directed video was seared onto the corneas and brains of every teen I knew and we were all determined to find a darkened room to grind on each other whenever it played on the radio.

One song, however, does not a good album make. The Revival was dripping with danceable grooves such as lead single "Feels Good" and "The Blues" and slow jams such as the aforementioned "It Never Rains" and also still one of the best slow jams to ever come from that era, "Whatever You Want." In reality, the majority of the album was awesome and is one of the best examples of what R&B could sound like without the dominant East Coast-driven New Jack Swing sound of this era.

This Oakland, California trio's trajectory only took off even higher after The Revival. Tony! Toni! Toné! continued to provide such excellent albums as Sons Of Soul with Quiet Storm staples "Anniversary" and "Slow Wine"and the more mature and beautifully crafted House Of Music with personal favorites "Holy Smokes & Gee Whiz" and "Lovin You." I don't think I even have to mention the musical greatness that lead singer Raphael Saadiq has contributed to our lives as well as his brother D'Wayne Wiggins' solo efforts.

In short, Tony! Toni! Toné!'s The Revival was the starting point of many fond future memories for R&B lovers worldwide. We would have been remiss if we didn't honor such an influential group. Below is one of the reasons why I eventually did end up moving to Southern California and a fine example of why we still continue to love them so.