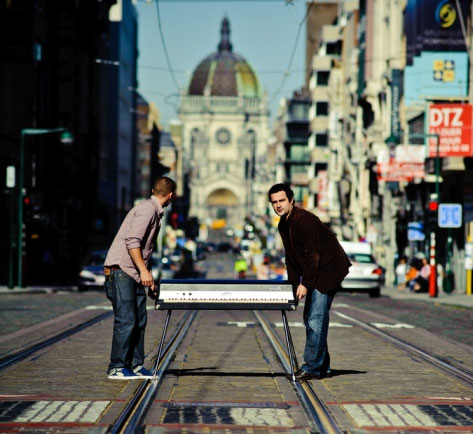 As the winter really takes hold and the nights draw in, my musical tastes change. In the summer it's all about upbeat grooves and powerful soul vocals, but as the cold sets in I tend to look for something a little more downtempo and relaxed, which is exactly what we have here from 74 Miles Away, a duo made up of Pierre Anckaert and Monkeyrobot. 74 Miles Away isn't really the name of the collective of artists, but the project is more of a concept album due next year. The idea behind the project was to take four original jazz compositions by Pierre on the "A" side and then for Monkeyrobot (aka LuiGi and eric P) to heavily rework them and add vocalists to the mix on the "B" side. You can listen to the first remix/rework right here, which features Ahu and Miles Bonny, followed by Pierre's original composition. Both are beautiful.
Center