Going against Rule #432 in the Life-Ruining Moguls Handbook--giving music away...for free--Sean "Diddy" Combs released a mixtape over the weekend in anticipation of his new album. Last Dollar Van to Bed Stuy Last Train to Paris Prelude gives fans a taste of what is to come from the Diddy-Dirty Money collective. Diddy teamed up with fashion bible Vogue for the release, citing fashion as the inspiration for the album, which in turn inspired the cover art above. This may also inspire many to wonder how Ashy Larry Tyrese got time off from Target so close to Christmas to appear at the photo shoot.
Center

The set features four songs from the frequently delayed vanity project, as well as Sean doing what he does best: talking over records. Here, you'll find Diddy on emo overload, silently introducing the new self-depreciating, love-seeking alter-ego "Gay Electronica." He laments the woes of love and loss, prophesizing over busy, futuristic beats, dropping gems such as "That day that God made love, he was on some real bullsh*t." Classic.

Production-wise, the music is actually bearable. If it were possible to mute his vocals, you'd have an enjoyable body of danceable tracks. My judgment tells me I should dismiss the effort, but a knocking beat is a knocking beat. The sound is less hip hop and more of a shame-free collection of electro-European love-bashing dance songs. I guess.

Will you be hopping aboard the train when it pulls into stores onto December 14th? While you contemplate that life-altering decision, peep Diddy-Dirty Money and special guest Toucan Sam Swizz Beatz performing "Ass on the Floor" from SNL and download the mixtape should you dare. 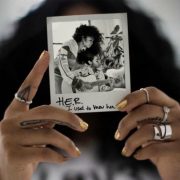 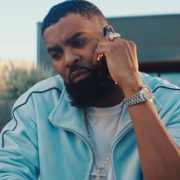