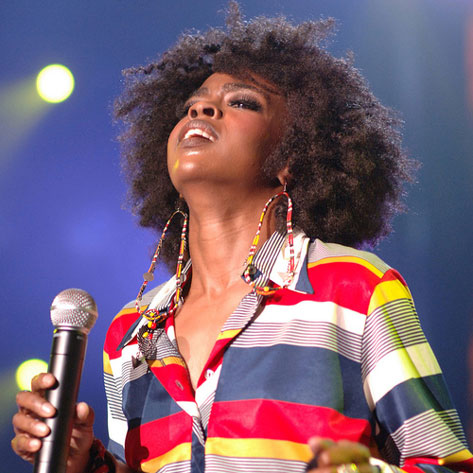 Christmas just came early, if you're a fan of Lauryn Hill. While new music from her is as elusive
as the Carolina Panthers' chances of making it to the Superbowl this year, she has been
placating fans with a bevy of sporadic tour dates. Perhaps in an effort to continue to tide us
over (or in hopes of it being a teaser of her long-awaited Miseducation follow-up), the singer/MC has just added several more dates to her touring schedule to help fans ring in the New
Year on a high note. And even though a December 27th dinner date at New York City's Highline
Ballroom has already sold out, Ms. Hill has added five more NYC-area dates, including a three-night
stand at the legendary Blue Note Jazz Club. Hurry now, though--tickets to her Blue Note stint
went on sale today. While it may not be as good as new music, the chance to see her live will
have to do for now. Hit the bounce to see if Ms. Hill is bringing her live show to a city near you.
Center