Nina Vidal Makes Us Want To ‘Stay In’ 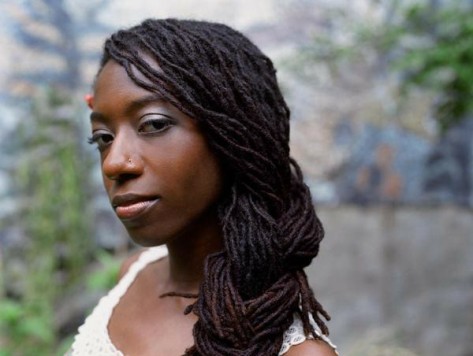 Nina Vidal's self-titled 2007 debut is, in my opinion, one of the most slept-on albums of the last five years. The lady is a huge star in Japan where her releases have frequently topped the jazz album/single charts, but unfortunately the same recognition has evaded her in the US and UK thus far. Hopefully that will all change with the release of her sophomore effort, The Open Ended Fantasy. The album has already been released in Japan to critical and commercial acclaim and is set for US/UK release in the first half of 2011. The first single from the project, "Cigarette & Wine" was released a couple of months back and includes a stunning cover of Paul McCartney's "My Love" on the flip side. To whet appetites further, we have a sneak preview of another track from the album, the sensual "Let's Just Stay In," which is exactly what you will want to do once this comes over the speakers. For more info on Nina and the pending release head on over to her official site.
Center
After the bounce