Who Do You Predict Will Get GRAMMY Nominations? 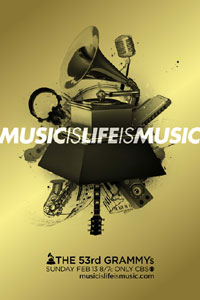 In a matter of hours, we will know all of the nominees for the 53rd Annual GRAMMY Awards. Tonight the GRAMMY Nominations Concert Live--Countdown to Music's Biggest Night special airs on CBS at 10 pm EST hosted by hip-hop's Dorian Gray, the ageless LL Cool J, with performances by B.o.B, Bruno Mars, Justin Bieber, Katy Perry, Train, Miranda Lambert and on deck. We'll be live-tweeting the festivities live from the comfort of the SoulBounce couch later this evening, so be sure to follow us on Twitter @SoulBounce to get in on the #GRAMMYNoms fun.

Following the hour-long show, the complete list of nominees will be available on GRAMMY.com. SoulBounce has been invited back to the big dance as an official GRAMMY.com community blogger to cover the R&B categories, and we can't wait to sink our teeth into this year's nominations. The 53rd Annual GRAMMY Awards ceremony will air on CBS on February 13, 2011, and SoulBounce will be in the building to celebrate music's biggest night. But for right now, I've got my Miss Cleo headwrap cocked to the side and have my predictions for the potential nominees in the R&B categories ready after the bounce. Since our Bouncers are a savvy group of music connoisseurs, please share your predictions with us in the comments section as well.

Best Traditional R&B Vocal Performance
Leela James "Tell Me You Love Me"
R. Kelly "When A Woman Loves"
Calvin Richardson "You're So Amazing"

*Please note that these are not the official nominations for the 53rd Annual GRAMMY Awards in the R&B categories, just my wild guesses. Come back tomorrow to see how accurate my picks were and to also discuss nominees in other categories. 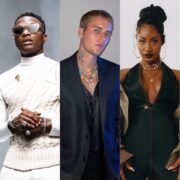