Despite what is played on the radio, 2010 has been a great year for music. Many of my favorite artists released sonic goodness into the world (Janelle, Cee-Lo, Kanye, etc.) while I have discovered dozens of new obsessions along the way (Quadron, Thievery Corporation, Zero 7) as well. Sadly, Saint Damita Jo did not return with a new project, but I have had several other great tunes to hold me over until she returns. My brief time here at SoulBounce has introduced me to countless acts I had previously never given a chance, like MeLo-X, Jesse Boykins III, N'dambi and Eric Roberson (hand me a late pass, please). I definitely look forward to another year of non-sucking music. Here are some of my personal musical highlights of the past 12 months, in no particular order:

Cee-Lo Green: "You Don't Shock Me Anymore"
Sigh. I don't need to say that the mixtape Stray Bullets may have been better than the album The Lady Killer, do I? Good. Well, here is one of my favorites from that release. This, along with the insanely good "ChamPain," is the case and argument for Mr. Green's musical superiority. I'm baffled thinking of how effortlessly vocals like this are produced from one's body. It's big. It's honest. It feels like an updated version of some unreleased Burt Bacharach song.

Janelle Monáe: "Suite II Overture"
No, there are no recorded voicemail album openings in Metropolis. No skits, either. Just a lush, magical orchestral introduction to SoulBounce's 2010 Album of the Year, The ArchAndroid. "Perfect" is a lofty designation, but if perfection has ever been achieved musically, this is the closest thing to it.

The Foreign Exchange: "This City Aint The Same Without You"

I thought it was impossible for Phonte and Nicolay to produce a sound recording more beautiful than or as thug-destroying as "Valediction" from 2008's Leave It All Behind. I was wrong. Frequent collaborator YahZarah shows up and shows her ass here. On this guitar-driven masterpiece, her and Phonte's voices compliment one another so well, it's almost painful. Almost.

YahZarah: "Starship"
I heard this song when a sampler for The Ballad of Purple Saint James surfaced earlier this year. Hearing it was like being kicked in the face by a Jordan heel. And liking it. (Imagine that, please.) Solange Knowles comparisons be damned, this one sold me on the album without hearing anything else. Here she sings of escaping to a place "where nobody knows [her] name." Oh, if only she could take Antoine Dodson with her. I can admit that "Starship" does, however, sound better live, but that doesn't detract from its power.

Zero 7: "Mr McGee"
Though this song first appeared on 2009's Yeah Ghost, I heard it upon inspecting the UK duo's 2010 greatest-hits collection, Record: The Very Best of Zero 7. Most of their music can be described as "acid house," "trip-hop," or "downtempo," but here they take an inspired turn from the norm, producing this soulful, energetic romp. Sure, the production is great. I was, though, instantly hooked by the Zimbabwe-born, London-bred jazz powerhouse Eska Mtungwazi. I'm late as discovering Zero 7, but this gem along with greatness like the beautifully haunting "Home" with Tina Dico and "I Have Seen" with Mozez from earlier works won me over instantly. See also: this rehearsal video. Brilliant.

Vikter Duplaix: "Electric Love"
Look. If you want to get technical, this dropped last year. But, between the play it still gets on my iPod and its formal release on this summer's Electric Love EP, with remixes by Vikter, Nicolay, Boddhi Satva, and Jneiro Jarel, it feels very new. This has held me down and will hold me over until we're blessed with new music from the velvety-voiced producer and DJ, whose skills I had the pleasure of experiencing this year.

Kelly Price, Marsha Ambrosius, Jill Scott and Ledisi: "Four Women"
Were there even any other performances at BET's Black Girls Rock! worth remembering? Though I wanted to give my girlfriend Sandra Huxtable Marsha Ambrosius a plate of biscuits and gravy and a protein shake, this is one the strongest, most impressive live collaborations since the days when the Brownstone Mass Choir was active. These four gorgeous thicksnacks performed the Nina Simone classic (which also appears on the soundtrack to Tylah Purreh's For Precious Colored Girls Who Set it Off on the Soul Plane with different vocalists) like they were singing for their freedom from 106 & Plantation. Ashe.

Broken Bells: "High Road"
In my eyes, producer Danger Mouse can do no wrong. His catalog itself is a testament to his range and versatility. Most recently, he was the production genius behind one of the best collectives of the few years, Gnarls Barkley and breathed new life into Jay-Z's The Black Album with The Grey Album.  Now, he's teamed with James Mercer of The Shins to form Broken Bells, releasing a solid, eponymous album. Sonically, the partnership is quite the departure for both Mercer (who previously turned out mainly acoustic-based tunes) and Danger Mouse (who adores samples) in that the pair played all instruments themselves. "High Road", along with fan-favorite "The Ghost Inside," was a highlight of their project. Soaring vocals over groovy guitar strums and video game-esque keyboards: bliss.

Jamiroquai: "White Knuckle Ride"
The year is 1975. A formerly colored girl named Kimberly "Lil Kim" Jones is born. KC & The Sunshine Band and Elton John rule the charts and The Wiz has just debuted on Broadway. This is where British funk band Jamiroquai lives. Taken from their (because Jamiroquai is a band, not a person) latest album, Rock Dust Light Star, the tune transports me to a smoky Studio 54, where I'm sitting in a booth between a young Michael Jackson and the woman who birthed his first son, Evan Ross, Diana Ross.

J*DaVeY: "Lazy Daze"
I love J*DaVeY. Last year's Christmas gift, Boudoir Synema, is still on repeat around these parts. Having only heard this song performed live, the Los Angeles-based duo released a studio version of this as a peak into their Evil Christian Cop EP, which has still yet to surface in its entirety. It's the perfect relaxation song. 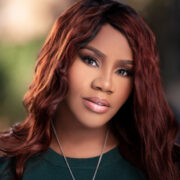