Even before this year started, I was excited about the new music that was to come, and 2010 did not disappoint. Although on a personal level 2010 was a heady mix of the best and worst of times, this first year of the decade has proven to be one of the best years of music in recent memory, which made my bad days not so bad and my good days that much sweeter. All of the songs that I count as favorites this year struck a chord in me, adding more fodder for the ever-growing soundtrack of my life. Narrowing all of the good music that I've loved this year down to 10 selections was nearly impossible, so I've chosen 15 songs that made this year one to remember. 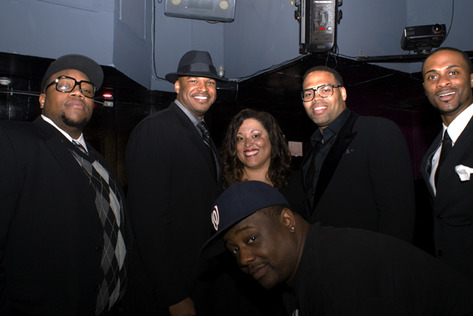 Zo! feat. Eric Roberson, Darien Brockington & Rapper Big Pooh: "This Could Be the Night"
No end-of-the-year best-of list of mine would be complete without an appearance by Eric Roberson. He may not have released a new album this year (one is coming in 2011, however), but SoulBounce's Producer of the Year Zo! included Erro on the track "This Could Be the Night" alongside Darien Brockington and Rapper Big Pooh, and that was more than enough for me. That winning roster of artists aside, Eric and Darien's voices sounded superb on this production with a catchy-as-hell chorus. This was the perfect song to get the party started right, and party we did at the video shoot that was one of the highlights of my year life. 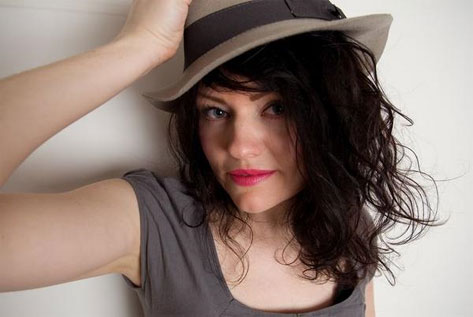 HomeMade feat. Jenny Lane: "One"
Let me tell you, Amsterdam was stepping it hotter this year. Between Mar, Full Crate, FS Green and Grand Jackson--the latter three who comprise the group HomeMade--I got hours and hours of enjoyment from the soulful bombs that our Danish brethren dropped. However, even though the fellas held it down, one song in particular that held me hostage was HomeMade's "One" from their self-titled EP featuring the delightful vocals from one Jenny Lane. She coyly sings to someone that they are at the top of her wish list, and I could totally relate. This soulful house sweetness was my weakness. 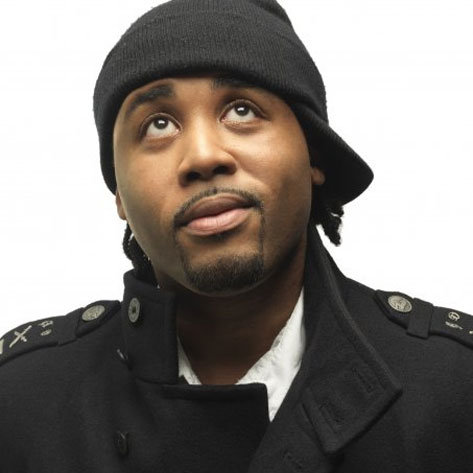 I've been eagerly awaiting the follow-up to Reel People's last full-length release, Seven Ways To Wonder, and although they won't release their new project until February, they did release the single "Star" late last year and it's been more than enough to tide me over. RP member Tony Momrelle is quite fetching as he sings to the object of his affection that she's the brightest star in his sky. Tony could sing the phone book to me and I'd be good, but when he's singing something substantive such as this with a soulful house groove to boot then I'm in heaven. 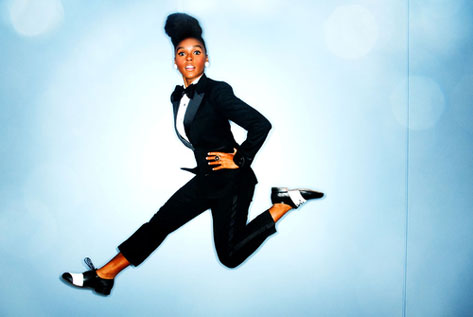 Janelle Monáe: "Faster"
I think that it's safe to say that 2010 was Janelle Monáe's year. My like for her turned into unabashed love with The ArchAndroid, and there was so much to love on this album. But it was the frenetic funk of "Faster" that had me shaking like a schizo. The song is a finger-poppin' throwback that makes me want to put on a poodle skirt, lace up my saddle shoes and get ready to Lindy Hop on American Bandstand. Beneath all the vintage fun, Janelle makes that dangerous yet thrilling magnetic pull that draws you to someone who you should run in the opposite direction from sound so inviting. 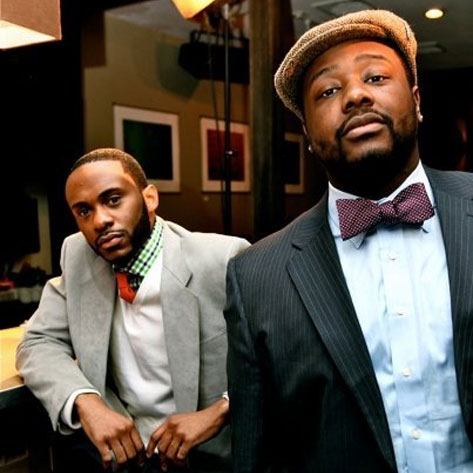 The Foreign Exchange feat. Darien Brockington: "Don't Wait"
There often comes that time in your life when you decide to hang your track shoes up and stop running from love. With that sentiment in mind, The Foreign Exchange gave us the song "Don't Wait" from 2010's Authenticity. The most upbeat and positive track on the melancholy album, Phonte and Darien Brockington are unashamed to sing about spending their lives with that special lady. The chorus, which Tay croons so lovely, sums it up perfectly: "If someone loves you back, don't get in the way, don't hold it back, don't wait." Damn straight. 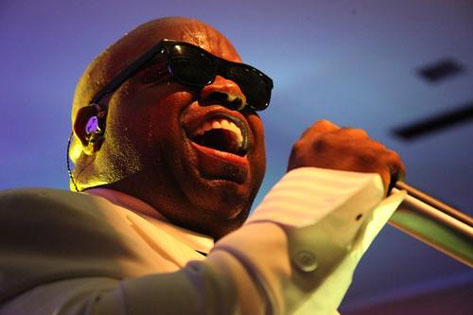 Cee-Lo Green: "I Want You"
Cee-Lo Green possesses one of the greatest voices of this generation. It's as robust and full-bodied as he is, and he bodied every song that he sang this year between the Stray Bullets mixtape and The Lady Killer.
Other than the musical middle finger "F--k You," the song that I had on repeat was "I Want You," a love letter sang atop Wall of Sound-like orchestration. You could feel Cee-Lo's desire in every note that he sang. He breaks it down by the bridge almost turning this into a gospel song. And my church fan was a-waving. 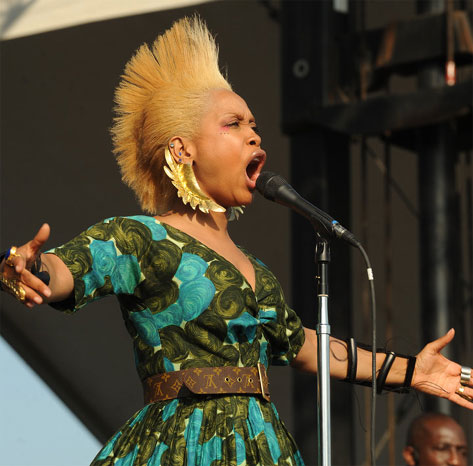 Erykah Badu: "Window Seat"
Way before Erykah Badu showed her ass--literally and figuratively--in the video for "Window Seat," I loved this song from the first listen. Actually, even though the video was brilliant, it took away from the song for me because it made you focus on the visual imagery instead of on the song's introspective lyrical content. I appreciated this simple and honest declaration from Badu about life as an entertainer who sometimes just wants to get away from it all--but not for too long because she thrives on the attention. I also loved "Gone Baby, Don't Be Long," but for me "Window Seat" was the shining star on New Amerykah Part Two: Return of the Ankh, which was overall her best album in years. 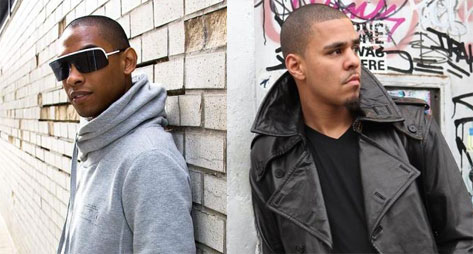 Miguel feat. J. Cole: "All I Want Is You"
When someone makes a song your personal ringtone on their phone, you might gain an affinity for it. Or maybe that's just me. Regardless, before I found out that all a certain someone wanted was me, I took to this song that made me take notice of both Miguel and J. Cole in one fell swoop. The gritty hip-hop soul track laid the perfect foundation for Miguel's lamentation about the one that got away and how upset he is at himself for realizing it a little too late. When he sings "All this regret gets exhausting," you can feel his disgust/pain. As often as I've played this song, I have yet to get tired of it. 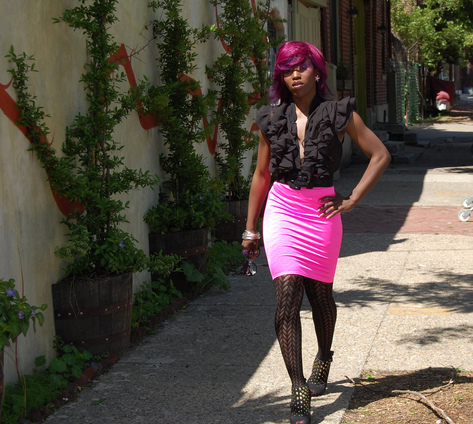 YahZarah: "Change Your Mind" & "Have A Heart"
YahZarah's The Ballad of Purple Saint James spoke to me on so many levels. My personal favorite album of the year, she sang song after song that put it on me. If you think it was difficult choosing my Top 15 songs this year, it was even harder to choose my top two from this album. The first one I chose was "Change Your Mind" with its late-'80s vibe provided by Nicolay and sass for days. YahZarah sings about an old love that has come back sniffing around, but he's got a lady at home and that's where she draws the line--that is until his situation changes. That line gets crossed, however, in "Have A Heart" when she plays the role of the other woman. Despite her better judgment, she's caught up in the denial of this betrayal. The song is deep and sounds like a lost Isley Brothers record thanks to the musical bed laid by Robbie McDonald who co-produced the song with Phonte. 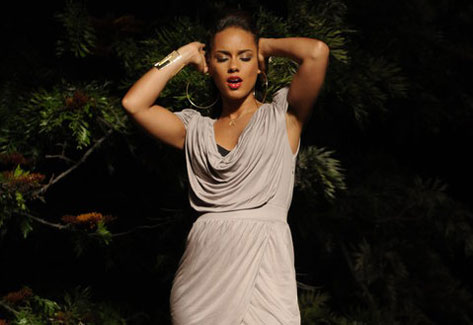 Alicia Keys: "Un-thinkable (I'm Ready)"
I don't care if Alicia Keys is the Angelina Jolie of R&B (to Mashonda's Jennifer Aniston), but she released one of my favorite songs this year with "Un-thinkable (I'm Ready)." I largely ignored The Element of Freedom when it was released in 2009. I might have listened to the album once at the time, and when it didn't grab me upon first listen, I cast it to the side. That dismissive act led me to miss out on this, the best track from the record. I still can't believe that Drake had a hand in creating it, but stranger things have happened. The video put a different spin on the tale of forbidden love that Alicia sang of, but if you've ever fallen for someone that you probably shouldn't have and acted on that impulse, then this song was for you. 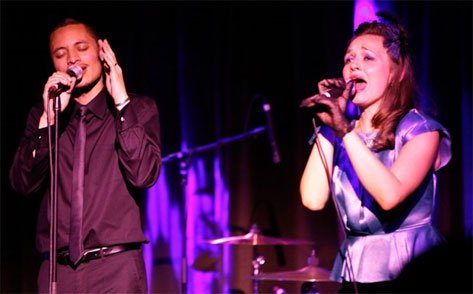 Jose James feat. Jordana de Lovely: "Love Conversation"
I swear that Jose James' Black Magic was all that I listened to for the first three months of this year. I damn near needed a 12-step program to break my addition to this record that dropped in January. A smattering of songs were released or leaked in 2009 (one of which, "Lay You Down," even made it onto my Top 10 list last year), but the entire album was phenomenal, namely the song "Love Conversation" a duet with Jordana de Lovely. Imagine eavesdropping into an intimate conversation between two lovers and you have this song in all of its sensual splendor. Jose and Jordana's voices go together like chocolate and strawberries and champagne and candlelight and satin sheets and... 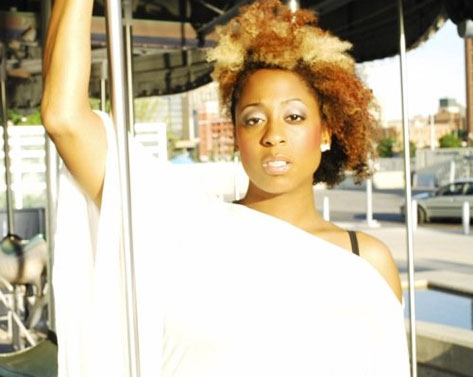 Zo! feat. Monica Blaire: "Make Luv 2 Me"
This. Song. Right. Here. Zo! and Monica Blaire shut it down with the inclusion of "Make Luv 2 Me" as the conclusion to the summer stunner SunStorm. This album was all over the musical map with songs to two-step, soul clap or chill to, but this song was the perfect anchor. Blaire showed up and showed out with an incredible vocal performance to match Zo!'s stellar production on this over 10-minute opus. Between the song's length, its movements, and Monica challenging her lover to make love to her with intention and purpose, "Make Luv 2 Me" needs to come with a warning label and/or condoms before you end up with a little Zo'Monica running around. 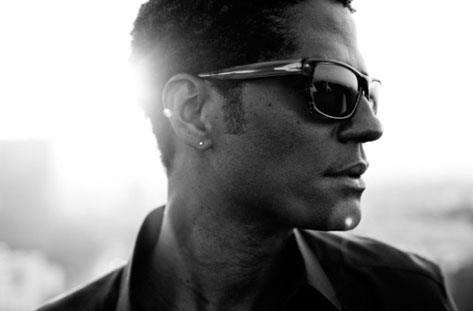 Eric Benét: "Sometimes I Cry"
After the love has gone, what do you do? Well, if you're Eric Benét, you lament that loss with "Sometimes I Cry." This song hit me from the first moment I heard it, and every time Eric hits and holds that high note near the end I still want to react like Choir Boy's mama did in The Five Heartbeats. Eric dug down deep to create a song about heartbreak with a classic feel that is anything but dated and depressing. You can keep fronting on Eric Benét if you want, but you'd miss out on some of the best music that he's released in his career. 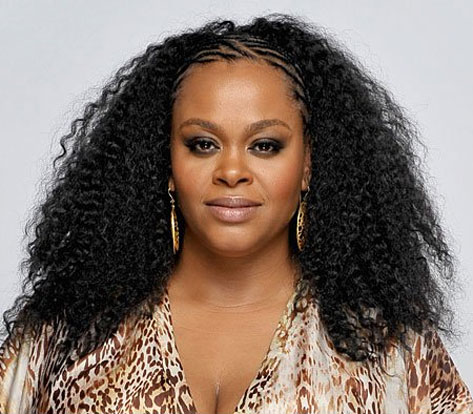 Jill Scott: "Hear My Call"
I totally expected to be bouncing to a new album from girlfriend-in-my-head Jill Scott this year, but, alas, it wasn't meant to be despite her unveiling this beautiful, tortured melody, "Hear My Call," in the spring. This was Jill at her realest, rawest and most revealing. She needs directions to get back to herself. She prays. She begs. She pleads. She sings the hell out of this song. Out of all of the tracks amongst my favorites in 2010, this was the one that I felt that I could have written.